Flashes used to follow Lindsay Lohan everywhere she’d go when the world-famous actress was residing in the U.S. But the hordes of picture-hungry paparazzi can no longer get their countless shots of Lindsay in her new home of Dubai, where taking photos or video of anyone without their consent is against the law. Her move to the Middle Eastern city was partially motivated by a need to escape the limelight, but Lindsay told Howard it didn’t take long for photogs to track her down during her current trip back to the states.

“Even when I’m in New York, I stay in a private house … the first few weeks I’m here it’s fine,” Lindsay explained, telling Howard she tries to keep her temporary address private. “And then if just one person finds it out, I’m screwed for the rest of the time.”

Lindsay’s fans in Dubai have to abide by those same privacy laws and she told Howard some still ask to take a selfie with her while she’s out to dinner but are always respectful if she tells them she’d rather not.

“Whereas people here would be like, ‘That bitch. She doesn’t have time to take a picture?’” Lindsay added.

The amount of media coverage Lindsay got going out in Hollywood back in the day probably led most to assume she enjoyed being out in public, partying it up with other celebrities. She told Howard the opposite is actually true, though.

“I don’t like to go out – I’m a homebody,” Lindsay admitted.

Her mother Dina Lohan once pointed out to Lindsay the peak of her fame came at a time when she would have been in college. And while most college kids go out and have a good time, they do it without a camera in their face. 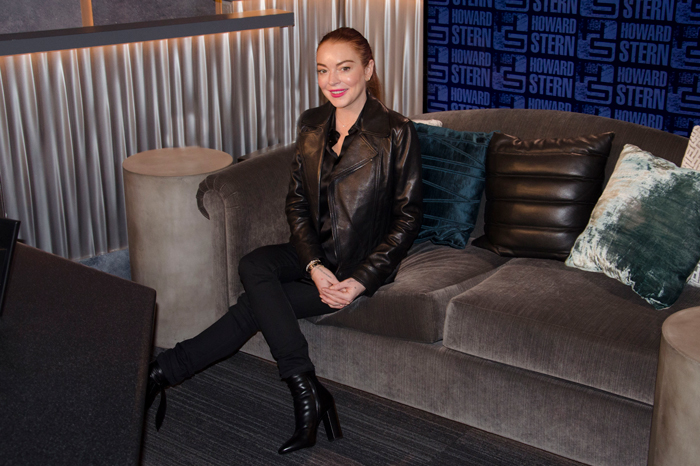 Lindsay told Howard she’s still close with her mom and siblings and that they’ve come to visit her in Dubai. She even still stays in contact with her father, Michael Lohan, despite previous rifts in their relationship.

“We’re all in touch … It just took me going to Dubai,” she said with a laugh.

There was no shortage of pressure felt by Lindsay as a child. At age three, she signed with Ford Modeling Agency and began appearing in TV commercials, including a spot for Jell-O she shot with comedian Bill Cosby. She then landed a recurring role on the soap opera “Another World” which led to her breakthrough part in “The Parent Trap,” playing two long-lost twin sisters who reunite at summer camp. 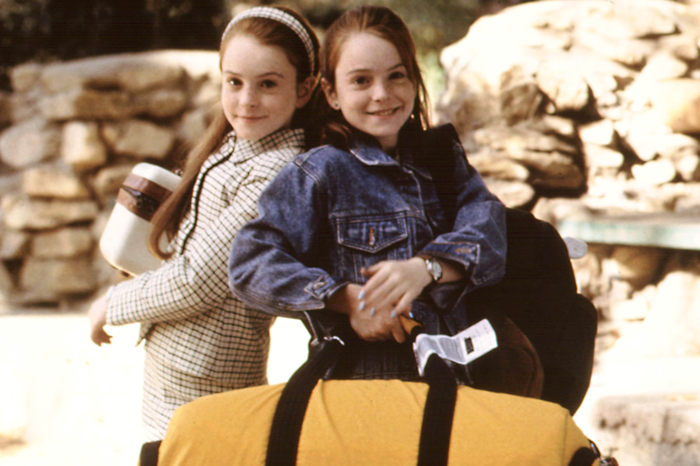 The movie made her a star but around the same time, she was having to deal with a lot of issues at home. Her parents separated for a time following Michael Lohan’s conviction for inside trading. Lindsay’s father was released from prison in 1993 and later violated his probation, sending him back to jail for another year. With her mom essentially raising Lindsay and her siblings as a single mother, the family moved from Cold Spring Harbor on the northern shore of Long Island to the town of Merrick on the south shore. Lindsay told Howard while this was a difficult time in her life, she drew on the real-life experiences while working as a child actor.

“It was a good outlet for me to have. So I was lucky for that,” Lindsay said. “I think I’ve, like, put it into my acting a lot … personal matters.”

School wasn’t exactly easy for Lindsay, either. With “The Parent Trap” coming out before she was even a teenager, Howard wondered if her newfound fame made her more popular amongst her classmates. As it turned out, her experience was just the opposite.

Lindsay said she went to school with a group of real-life “mean girls” who were cruel to her on a regular basis. The group—led by another red-headed young lady Lindsay had assumed was her best friend at the time—was apparently so jealous of Lindsay’s success as an actress that they petitioned school officials to prevent her from being able to skip classes to work on subsequent films.

But between the torment inflicted by her peers and her general inability to “sit still and do nothing” in class, Lindsay was eager to miss as much school as possible. “I would fake being sick in the nurse’s office to get out. I would pretend I was having an asthma attack, so I could get out of school … I would do anything to get out,” she said.

Thankfully, her career continued to flourish with roles in films like “Life-Size” and “Freaky Friday,” which enabled her to attend classes on set and finish her home schooling at the age of 16. She found even more fame in 2004 after starring in Tina Fey’s acclaimed high school comedy “Mean Girls.” 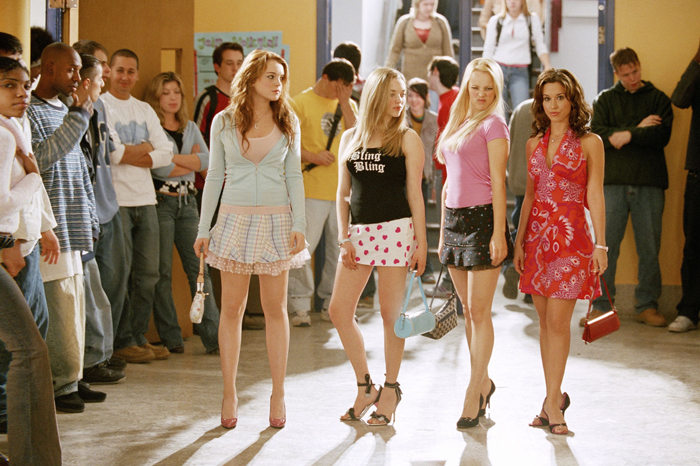 The film has remained wildly popular since its release, and Howard wondered whether “Mean Girls 2” might ever happen. Lohan seemed interested in revisiting the role and confirmed she’s spoken to Tina about it, but she also said sequel plans weren’t currently in the works. “I think they can’t do it right now,” she told Howard. “I’ve spoken to her, but it can’t happen without her and all of the cast.”

It’s no stretch to imagine a sequel would find success considering a “Mean Girls” Broadway musical opened recently and was nominated for 12 Tony awards. “Sometimes you’re like, ‘It’s just too soon to do it.’ But it’s been 15 years,” Lohan said with a laugh.

These days, Lindsay is laser-focused on her new TV show and various entrepreneurial opportunities. The superstar also said she hasn’t seriously been romantically linked with anyone in about four years.

She hasn’t bothered with celebrity dating apps and has little interest in settling down with an actor or someone of that ilk. “I want to date a guy that’s a businessman—doesn’t have Instagram, doesn’t have social media, and is completely off the grid in terms of that kind of stuff,” she said.

Ultimately, she’s looking for someone who supports her, can teach her something, and can make her laugh, but she’s in no rush to get married. “I think it will happen when it’s meant to happen,” she said.

Lindsay also briefly touched upon two high-profile relationships from her past: her teenage romance with actor and past Stern Show guest Wilmer Valderrama, whom she called a “good guy,” and her headline-grabbing relationship with D.J. Samantha Ronson, sister to producer (and recent Miley Cyrus collaborator) Mark Ronson.

Though it’s been over a decade since Lindsay and Samantha split, she says the two still remain friendly. “We were always more, like, best friends,” she told Howard, adding that she talks about the relationship on an episode of her new reality show “Lindsay Lohan’s Beach Club,” which premiered Tuesday on MTV.

The series gives viewers an inside look at the nightclub Lindsay co-owns and operates in Mykonos, Greece, as well as the lives of the many waiters, bartenders, hosts, and promoters it employs. Among them is Mike, a VIP host who she said was teased about his sexuality.

“He says he’s bi and people were kind of mean to him about that, but he’s just like, ‘Well, I like what I like’ … so, I come to his defense a bit,” Lindsay told Howard. “I said, ‘You shouldn’t be passing any judgment.’”

In addition to helping make her European nightclubs even more popular, Lindsay said her new show also helps her with an acting itch she hasn’t scratched much over the past few years. “I like it maybe because I miss being on set again and this is kind of a good way to go into it,” she explained.

Howard asked if the renewed attention might give her flashbacks to her days in front of the paparazzi lenses, which helped drive her out of the United States in the first place. But she insisted her reality series is different because, as executive producer, she’s finally the one in charge.