“It wasn’t me,” Will Murray says “But it’s gross. We have a lot of gross people here” 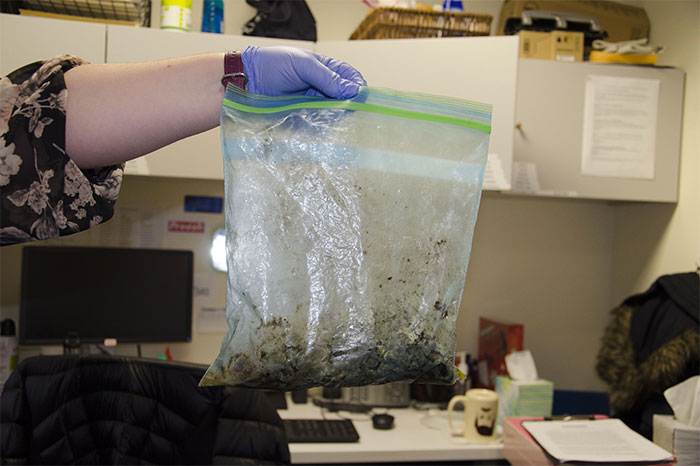 The Stern Show back office recently cleaned out one of its refrigerators for the first time in several years and the contents were more horrific than anyone could have imagined.

“What finally prompted them to clean it was they opened it and the smell was so bad, so disgusting it was making people nauseous,” Stern Show staffer Jason Kaplan revealed on Tuesday.

“I would never put food in that refrigerator,” Howard said. “Who’s putting their food in there?”

“This is the whole thing: nobody has really come forward,” Jason said.

He detailed the contents of the refrigerator, which was ultimately cleaned-out by Stern Show staffers wearing “medical gloves.” There was moldy yogurt, expired mayonnaise, crusty dessert toppings, and rotten fruit to be found, among other things, but the coup de grâce responsible for the noxious odor was a large Ziploc bag filled with a disgusting green liquid (pictured above) which had apparently once been a salad.

“It smells so bad. It looks like green vomit in there,” Jason said. “There was also a bag of carrots and the same thing had happened to the carrots—it was like this orange vomit.” 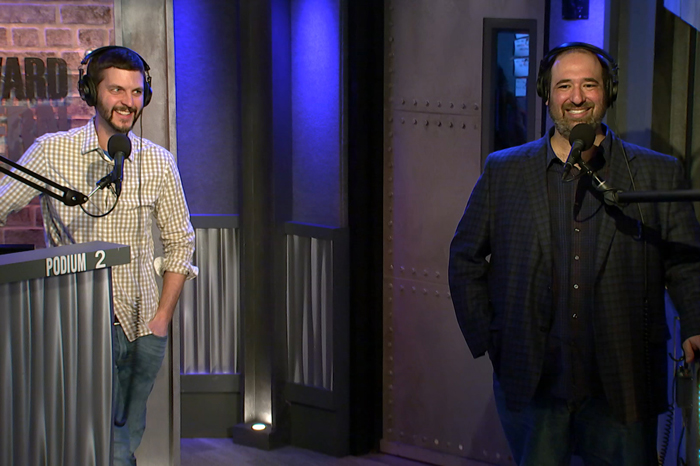 Will Murray and Jason Kaplan in studio on Wednesday Photo: The Howard Stern Show

“People are gross,” Howard said, still curious which of his employees had left the communal fridge in such disarray.

Richard Christy was ruled out, as he’s no fan of vegetables. It wasn’t Gary Dell’Abate, either—the Stern Show Executive Producer has his own refrigerator which he said is kept pretty clean. Jason hazarded a guess his colleague Will Murray might be involved. “I think Will must’ve had food in there. I do … because he does refrigerate a lot of food, but I don’t know for a fact,” he said.

Will joined the conversation to defend himself. “It wasn’t me,” he said, adding, “But it’s gross. We have a lot of gross people here.”