Richard Christy gets teary-eyed following the Kansas City Chiefs losing to the New England Patriots in the A.F.C. Championship

Howard had to start Tuesday’s Stern Show by talking to Robin Quivers about this weekend’s two thrilling N.F.L. playoff games. Both the King of All Media and his co-host were glued to their TV sets watching the L.A. Rams beat the New Orleans Saints in overtime to become N.F.C. champions and move on to the Super Bowl. Sunday’s second game between the New England Patriots and the Kansas City Chiefs also went into overtime, but it didn’t take long for Tom Brady and company to march down the field, score a touchdown, and secure their spot in the championship game.

As a diehard Chiefs fan, Richard Christy was of course watching while out at the bar. Once his team lost, he admitted to Howard he came pretty close to crying. 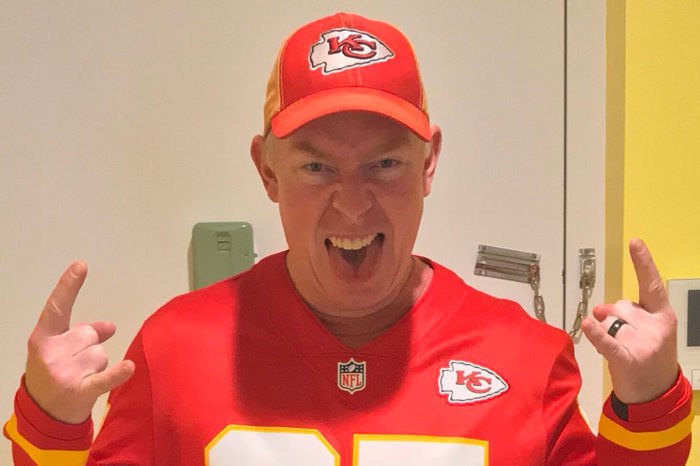 “I did get teary-eyed,” the Stern Show staffer said once in the studio. “I was more angry than sad.”

There were a few questionable calls, in Richard’s opinion, and he also didn’t find it fair that the Chiefs never got the ball back in overtime since New England scored a game-ending touchdown. Howard asked Richard how he felt about Brady and his ability to still win championships despite being 41 years old.

“It seems like until he fucking retires nobody else in the A.F.C. is gonna really get a chance to go to the Super Bowl,” Richard said.

But Howard reminded him Kansas City has their own star quarterback in Patrick Mahomes who looks to have a promising future ahead of him.

“That’s what’s getting me through this. We’re gonna have a lot of good years with him,” Richard said as his eyes began to water. “See, I’m gonna start getting emotional. He’s a fucking savior for Kansas City, man.”