Better late than never isn’t a great excuse when it comes to giving your boss a birthday gift. But on Wednesday morning Sal Governale showed up at work with a wrapped present for Howard even though he celebrated his birthday four days ago. Aside from the tardiness of Sal’s gift, he also forgot how much Howard dislikes being given things at the office since he then has to figure out how to get them home.

“I’ve said it a million times – don’t buy me a gift,” Howard scolded Sal on the air.

Once unwrapped, Howard revealed Sal had bought him a book filled with tips and tricks about watercolor painting. While he appreciated the sentiment, Howard told Sal he didn’t think he’d ever have time to read it. Sal suggested he could “skim through it” on his ride home today but Howard reminded him he does most of his reading on a Kindle.

Also late in wishing Howard a happy birthday was Benjy Bronk who tried to explain why he still hadn’t mailed out the card he purchased. “It’s very hard to know how to do it correctly,” the Stern Show staffer explained, saying he was unsure on which address to send the card to.

That excuse didn’t make much sense, however, as Howard has been sending out thank you cards for years which have a return address on the envelope where people can mail him whatever they want. 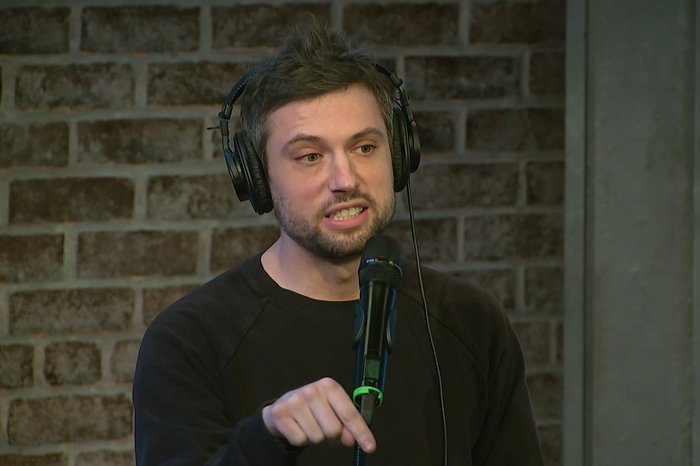 Benjy’s co-worker Memet Walker is well aware of Howard’s thank you notes – he just got one this holiday season after donating a Christmas stocking full of cat toys to North Shore Animal League. Memet was dissatisfied the note made no mention of the specific gift, though, and told Howard unlike other Stern Show staffers who made a monetary donation to the charity he went the extra mile to pick out something nice.

As much as Howard appreciated what Memet did, he made it clear there’s nothing wrong with anybody giving a cash gift to North Shore. After all, how much time could he really have spent picking out cat toys?

“I spent hours picking out fucking cat toys,” Memet told everyone in the Stern Show studio. “Cats like dumb shit. I picked out the best dumb shit.”

“Took him an hour to pick out a ball of yarn, this bullshit artist?” Sal joked.

Finally, Howard got an update about how Memet has been doing in the daily morning meetings he argued he should be in back in October. After attending for the last few months, the young staffer has decided he now wants out.

“That’s not the meeting I wanted to be in,” Memet told Howard. “There aren’t any ideas discussed in this meeting. It is a giant waste of time. I want to be in the main morning meeting with you. That’s where I think I’d be the best.”