How confident is David Alan Grier that Brent Hatley and his wife Katelyn will win tomorrow’s Newly-Wet Game? He told Howard he’s got $100 riding on the competition during his visit to the Stern Show Monday morning. As a faithful celebrity superfan, David said he was “honored and humbled” to meet Brent during today’s interview.

“He’s my hero,” David said of the Stern Show staffer. “I’ve never met a couple in which both people want to swing.”

It’s because of that open and honest relationship that David thinks the Hatleys will come out victorious. Though Brent’s competitor, Ronnie Mund, didn’t come in the studio, David said on air he hoped to get a selfie with him later.

Like just about every other Stern Show listener, David told Howard he was a huge fan of Sour Shoes and would love the opportunity to hang out with him one afternoon. He went so far as to call the Wack Packer “a genius” whose talents might have even earned him a spot on “In Living Color.”

The former Fox sketch show had no shortage of talent when David was a cast member on the series in the early 90s. Jamie Foxx, Damon Wayans, and Jim Carrey were just a few of David’s co-stars on “In Living Color,” which won an Emmy for Outstanding Variety Series in 1990. As the cast’s fame surged, so too did the offers to appear in other projects. David told Howard he actually passed on a leading role in the movie “Ace Ventura: Pet Detective” after reading the film’s script.

“I turned that movie down,” David revealed to Howard. “They came to me before Jim.” 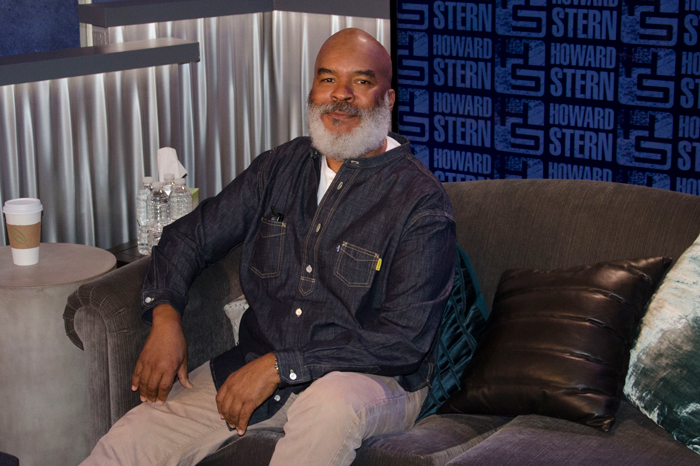 Jim Carrey wound up starring in the titular role (and becoming a blockbuster movie star because of it), but David explained producers initially wanted him and Rob Schneider for the film. Though he thought the flick would flop, David said he wanted to support his friend, especially when he was seated next to Jim at the movie’s premiere. From start to finish, David made sure he was slapping his knee during every scene.

“I laughed until I was hoarse and my throat was dry … because I wanted to support Jim,” David told Howard.

David might have been faking his affection for the movie, but theater audiences sure didn’t – “Ace Ventura” was the No. 1 film at the box office two weekends in a row and earned over $100 million worldwide.

It’s not just movies David has been wrong about, either. He told Howard about being considered for the role of George Costanza on “Seinfeld.”

“I auditioned for it but I left gladly,” David said, telling Howard he didn’t think the lines he read with Jerry Seinfeld himself were all that funny. “I didn’t see it … It’s many wrong turns that I’ve taken willingly in my career.”

Had David listened to his father, however, he might not even have an acting career to speak of. When David told his dad he wanted to be an entertainer, his father told him the only men who make it in show business are gay. While David had a lot of gay classmates at the University of Michigan, that only helped him in scoring dates with the women on campus. That is until he took a dance class with Madonna. The future “Material Girl” turned David down, but the two did become friends.

“She was an excellent dancer.” David told Howard. “I was in love with her.”

Perhaps some of the skills David learned in that class came in handy when he was a contestant on “Dancing With the Stars” in 2009. But all the fancy footwork in the world probably wouldn’t have won him over with the TV show’s fanbase who all seemed to hate him on the series’ online message board. The show’s judges weren’t too kind to David, either.

“The thing about ’Dancing With the Stars,’ they pay you just enough so that when they talk about you like a dog to your face you don’t walk off,” said of the type of feedback he received from the judges on the reality series.

Eventually, someone on the show pulled David aside and explained he needed to show some passion in order to convince the fans and judges he wanted to remain in the competition. David agreed and decided he would play up some emotion during next week’s episode.

“So the cameras roll and I had my meltdown but I just went too far,” David said. He even let the judges have it in a moment he didn’t think was going to be broadcasted. It was, though, and the press David then received following the incident was far from complimentary. One of his reps even suggested they hire a “fix-it firm” to help his public image.

“It was so fucked up. The kids across the street ran in the house when they saw me … everyone hated me,” he told Howard.

Down but not out, David was then sent the script for “Race,” the Broadway play written by David Mamet. “I knew when I read it, I said, ‘If I get this part I’m gonna be nominated for a Tony,’” David told Howard.

He was right. After securing the part, David earned a Tony nod for Best Performance by a Featured Actor in a Play.