“I’m looking for a barn, we’re gonna get us some food trucks, and we’re just gonna have a wedding,” Stephanie reveals on the air 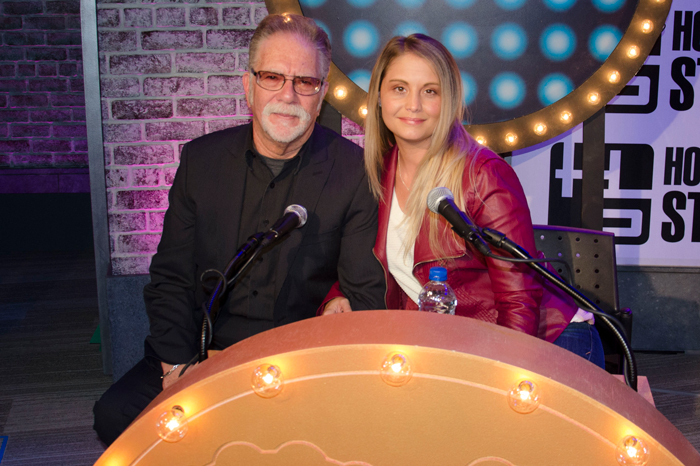 Before Ronnie Mund and his fiancée Stephanie went toe-to-toe with Brent Hatley and his wife Katelyn in Tuesday’s Newly-Wet Game, Howard sat down with the Stern Show staffers and their better halves to check in on the state of their relationships.

There was a ton to cover, but the big news of the morning came when Howard’s limo driver revealed he and his fiancée of nearly three years finally had some wedding details to share. According to Stephanie, the couple is tentatively eyeing a weekend in October of 2020. While the date may feel like a long way off for some—including Ronnie who turns 71 years old that month—it should give them all the time they need to find the perfect venue.

“It doesn’t have to be a huge wedding, but I’m looking for a barn, we’re gonna get us some food trucks, and we’re just gonna have a wedding,” Stephanie told Howard and his listeners.

That’s not to say their relationship can’t progress in the meantime. As Ronnie learned Tuesday morning, his fiancée just started going by Stephanie Mund on Instagram.

The revelations didn’t stop there. While Stephanie conceded Ronnie generally isn’t big on romance, she did reveal he recently made an exception after her newly earned veterinary technician license came in the mail and he had it secretly framed for her.

“It kinda turns me on,” Stephanie said. “It’s a little more empowering.”

She swore he always keeps his rear-end clean, too, though Ronnie did say his methods of washing up have evolved. As Stern Show listeners likely remember, Howard’s limo driver famously used to clean his butt in the sink after using the bathroom, but that’s too hard to do with the sinks in his and Stephanie’s house now.

The potentially messy kinks don’t stop there, either. Recently the couple has been experimenting with candles and Ronnie has come to enjoy having the hot oil from them poured all over his naked body. “We had to change the sheets the last time we used it because … I poured it all over,” Stephanie explained.

“On his penis, too?” Howard wondered.

While the couple has been experimenting for well over a decade now, both vividly recalled the early days of their relationship, including meeting each other when she was just 24 and what amounted to her “coming out” party at Stern Show staffer Jon Hein’s daughter’s bat mitzvah. Eager to make a good impression in front of Ronnie’s co-workers, Stephanie recalled dressing somewhat conservatively for the occasion. While apparently not everyone embraced the couple with open arms at first, Ronnie recalled Gary Dell’Abate’s wife sending them positive vibes.

“I gotta say, the first person that was really nice to her was Mary Dell’Abate,” Ronnie said.

Since then, Ronnie and Stephanie have endured their fair share of ups, downs, ins, and outs, as well as multiple occasions where outsiders mistakenly thought their May-December romance was something else. They recalled a waiter once assuming Ronnie was Stephanie’s father and hitting on her while taking their orders. More recently, Ronnie took his fiancée to the hospital when she was sick and the doctor made him wait out in the hallway because he believed Ronnie was her pimp rather than her partner.

Perhaps all that will change in October of 2020 once the couple is finally wearing wedding bands.