Howard opens up about recording his song with producer Mark Ronson 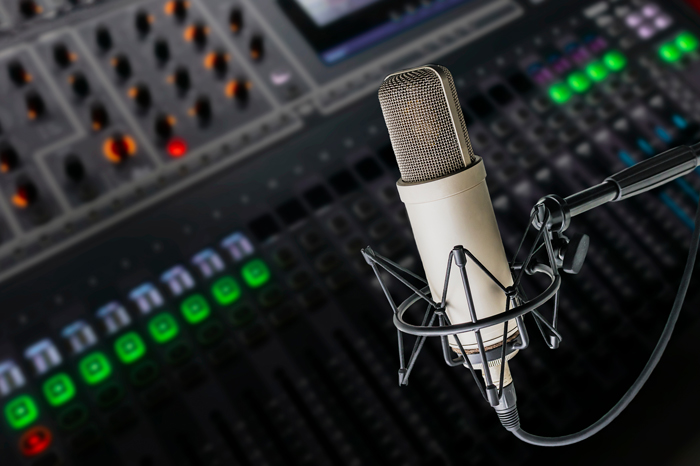 Howard kicked off Wednesday’s show by discussing his much-anticipated recording session with mega-producer Mark Ronson, who stopped by the Stern Show Tuesday for a quick chat before helping the King of All Media lay down a vocal track on what he’s confident could be a hit record.

Robin Quivers, who has recorded her own hit songs in the past, realized this morning she had accidentally held back advice for Howard prior to him stepping into the studio. “I forgot to remind him of my biggest secret … close your eyes,” she said on Wednesday.

As it turned out, Howard did close his eyes during part of the process and apparently it worked. “Whatever you did, you had him crying on the couch from laughter,” Fred said of Ronson.

“He was crying. I don’t know if he was laughing,” Howard joked, adding he went home that night and scribbled down even more lyrics just in case Mark might need them.

“I think you’ll be surprised what he comes back with,” Fred said. “I think you should submit this for a Grammy.”

Considering how many talented artists Mark has already packed into the record—including not only Howard but Haim, the Roots’ horn section, and a member of Vampire Weekend—anything seems possible.

And even more stars might be on the way. “He mentioned reaching out to Slash to do a guitar part,” Stern Show Executive Producer Gary Dell’Abate chimed in.

“If they’d just take me off the record, it’ll be perfect,” Howard said with a laugh, later adding, “I had more musicians than Woodstock in there with me and it was really wild. So, we’ll see. We’ll see what happens.”