Plus, Jon Hein breaks down all the Super Bowl prop bets popping up before Sunday’s big game 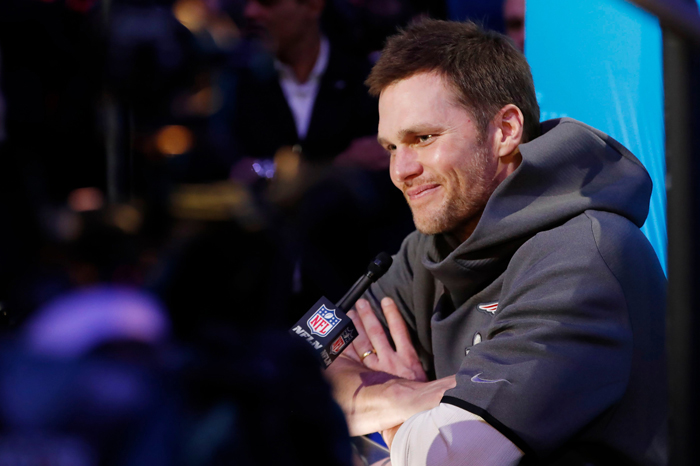 Millions of fans tune in to hear Howard every day, but he learned on Wednesday morning one of his listeners is none other than five-time Super Bowl champ Tom Brady. The New England Patriots quarterback started a recent interview on SiriusXM’s NFL Radio by giving a quick shout-out to the Stern Show.

“I love Sirius, man. I always have,” Brady said on the air. “I listen to Howard all the time.”

Tom even took a tour of the Stern Show studio a few years back and was able to name several staffers he met in the back office. Avid Kansas City Chiefs fan Richard Christy is still reeling over his team’s loss to the Patriots in this year’s A.F.C. Championship, but even he couldn’t badmouth Brady on air since the NFL superstar was so nice to him during the visit.

“That this guy can still pull off these wins, especially under pressure, I find it exciting,” Howard said of Brady’s continued dominance. 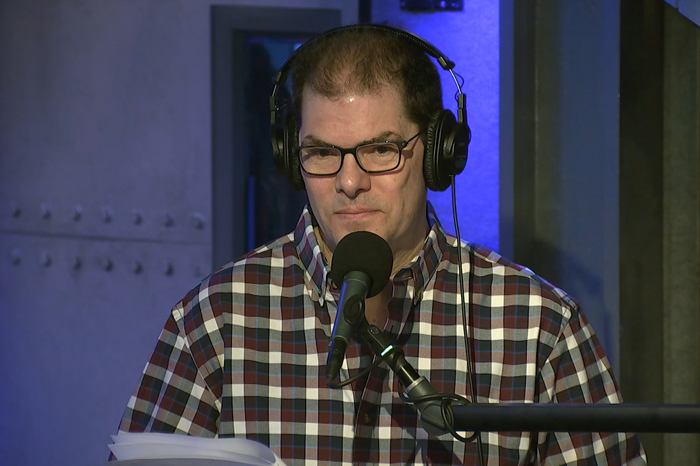 Jon Hein reads off some of the 2019 Super Bowl prop bets Photo: The Howard Stern Show

Brady will be back in the big game this Sunday for his ninth Super Bowl appearance, this time taking on the Los Angeles Rams. While people will no doubt be laying money down on the final score, Jon Hein filled Howard in on all of the prop bets currently at stake for this year’s Super Bowl. From how many viewers will be watching on TV to how many times sportscasters Jim Nantz and Tony Romo will say the words “dynasty” or “Hotlanta” while calling the game, people will be able to make a wager on just about anything.

“I think the most fun ones are the halftime show,” Jon told Howard. “Maroon 5 is going to be the band.” 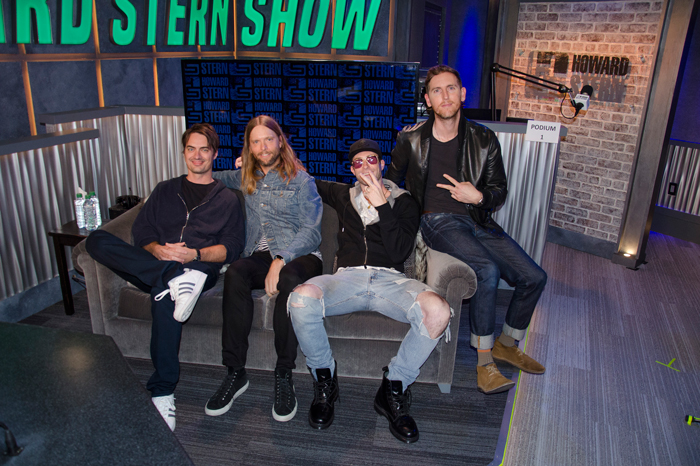 Maroon 5 on the Stern Show in 2017 Photo: The Howard Stern Show

Anyone looking to make some money off of Adam Levine and the boys can bet what Maroon 5’s opening song will be when they take the stage on Sunday. Right now, “Makes Me Wonder” is the early favorite for first song played, followed by “One More Night,” “Animals,” and “Moves Like Jagger.”

“Let’s call Adam now, get the answer, and then put heavy money on it,” Howard joked about the repeat Stern Show guest.