“Just put a piece of paper in front of me and I read it,” he tells Howard of his gig 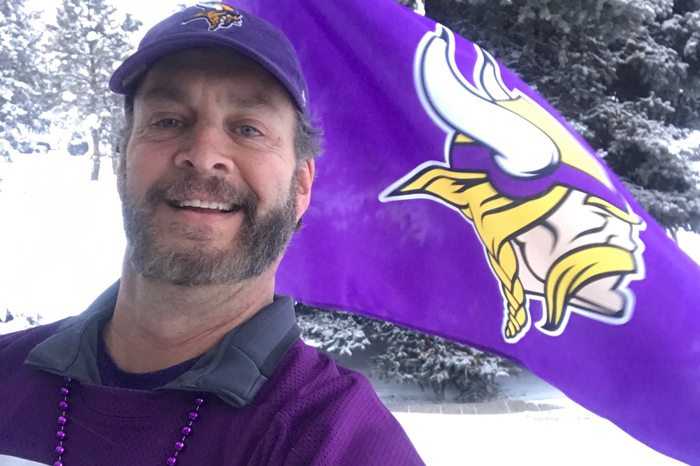 Alan told Howard how he was offered a job at a radio station in Minnesota his sophomore year of high school and he hasn’t looked back since. Nowadays he works for the N.F.L. serving as the voice of the Minnesota Vikings as well as at the Super Bowl, Pro Bowl, and N.F.L. Draft among other events. He also travels around the world for the World Cup and the Olympics. “Just put a piece of paper in front of me and I read it. That’s my gig,” he explained.

But Alan admitted having such a recognizable voice isn’t always all it’s cracked up to be.

“It’s impossible to whisper,” he said. “I can’t talk in a restaurant or, like, a hotel lobby … I see, you know, 11 heads in the room turn around and look at me and say, ‘What is that freak voice over there?’”

Even with all of his success, Robin Quivers thought Alan could be doing more with his gift. “I think he could expand into movie trailers and so forth,” she said. “I think he’s leaving money of the table.”

Howard suggested Alan adopt a catchphrase to help himself stand out from the competition in the voiceover community.

“Baba Booey – how about that?” Alan jokingly proposed.

Before hanging up, Howard also took a call from Alan’s “father” to see if he shared the same vocal flair. Listen (below):