“I will be on every hour on the hour,” the frequent caller tells Howard 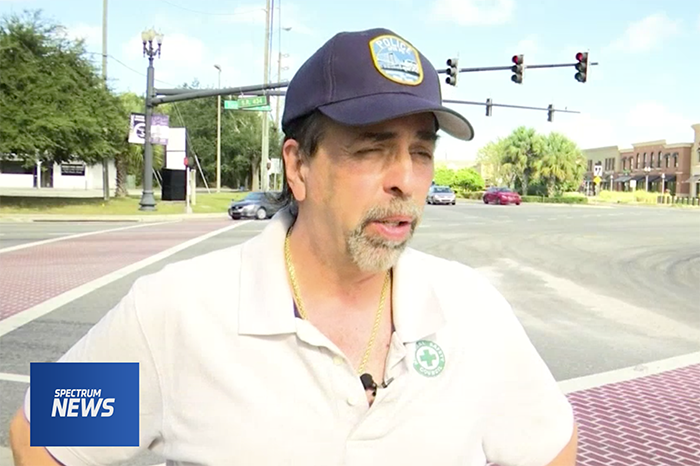 Bobo called the Stern Show Wednesday morning touting some breaking news he had to share.

“If everybody wants to tune in to News 13, I will be on every hour on the hour — five, six, seven, all the way up,” he told Howard.

The frequent caller, who considers himself a road safety expert, explained he will be interviewed for the third time by Spectrum News 13 in Orlando. “I’m a safety advocate … They like my topics,” he proudly stated.

Having tackled bicycle safety concerns in the past, Bobo said this time around he would be sharing tips and advice for properly changing either your own or someone else’s flat tire.

Gary Dell’Abate, meanwhile, was curious to learn what Bobo would be wearing for the video after noticing what he donned in previous segments. “Bobo does a weird thing. He wears a police hat and … I think he kind of tries to insinuate that he has some authority,” the Stern Show executive producer said.

Bobo, though, argued he wore the hat in honor of his longtime teaching partner who gave it to him. Plus, he assured Howard the journalist interviewing him was well aware of his specific credentials.