Even with his new baby and his always-hectic work schedule, celebrity superfan Andy Cohen still somehow makes time to tune into the Stern Show. He was listening Wednesday morning as staffer Chris Wilding revealed he’d broken up with his boyfriend after discovering he was cheating on him.

“You need an older guy,” Howard told Chris. “Would you date Andy Cohen?”

“Oh my God, of course!” Chris replied, though he immediately wondered if Andy would be interested in someone like him.

Turns out he was. Minutes after his name was mentioned, Andy tweeted he was en route to SiriusXM (where he hosts his own radio show on his channel, Radio Andy) and wanted to stop by the Stern Show to “get a good look” at Chris. 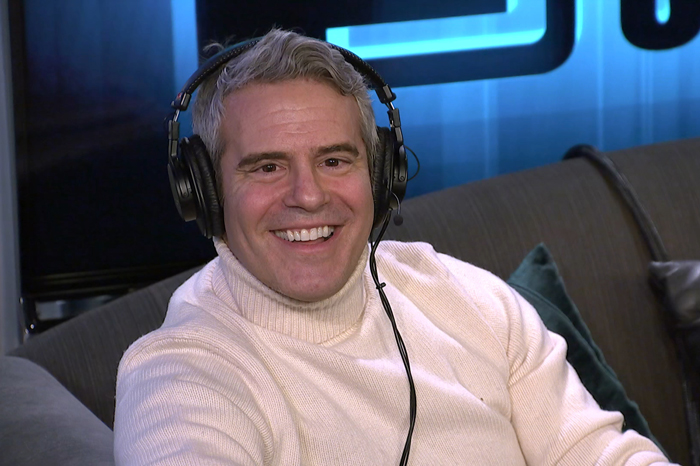 “Chris is very funny,” Andy told Howard once in the studio. “I looked at his Twitter profile. He’s Canadian. I will say … Canadians have nice penises, I don’t know if you knew that.”

Chris came in the studio to meet Andy and confirm his theory, saying he was seven inches and uncircumcised. However, Chris also admitted to never having been on the receiving end when having sex with another man – a potential problem since Andy is a self-proclaimed “power top.”

The revelation was hardly a deal breaker for Andy, though, who found that detail about Chris to be “exciting.”

“When’s the wedding?” Robin Quivers asked with a laugh. 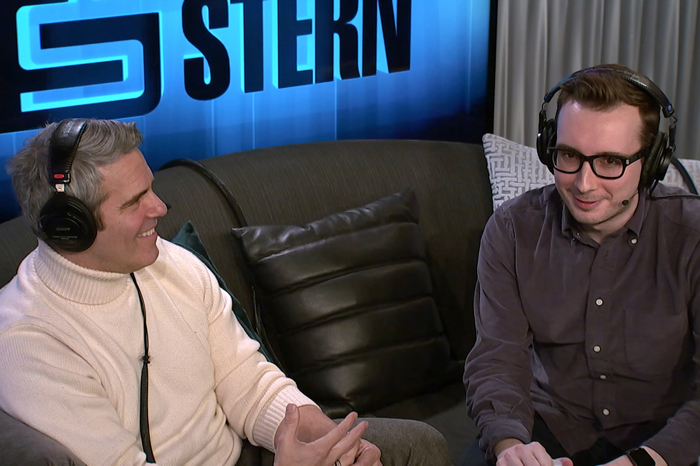 Before there can be a wedding, there has to be an official first date and Howard wondered if either gentleman was interested in going out with the other.

“I think he’s a really nice guy. I think he’s attractive,” Chris replied. “I want to go out with Andy if it is something he authentically wants to do.”

“You are getting me at not a great time because I just had a newborn,” Andy explained. Still, he said he was willing to get a babysitter for the night, grab a few drinks with Chris, and see if there was a spark between them. His only worry was the post-date analysis that would happen on the Stern Show soon after.

“If it worked out, it would be the single greatest story,” Andy continued. 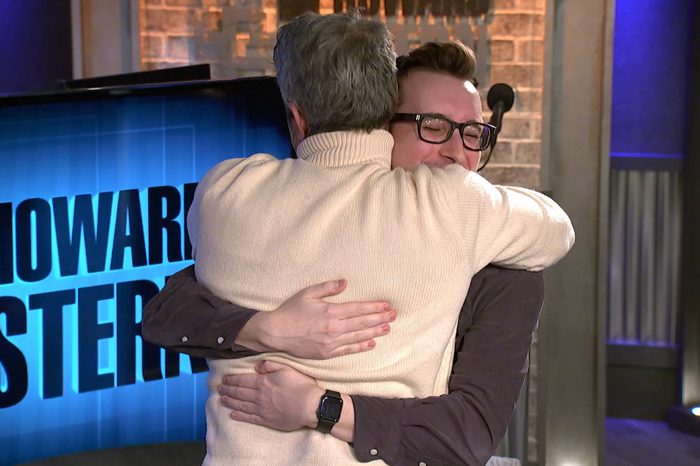 And if it doesn’t work out, Andy informed Chris he already has two gentlemen in mind to set him up with.

“If I could get some Andy Cohen shrapnel, that’s fine,” Chris said.

The love of Andy Cohen’s life currently is his baby Benjamin, who the world got to meet when father and son were featured on the cover of People magazine.

“We just went right to the photoshoot from the hospital,” Andy joked.

It was Andy’s friend who convinced him to pose for the People spread in order to show a different side of fatherhood and tell his story as a gay dad. Though the thought crossed his mind to write a book about the funny experiences he had while conceiving his child, Andy elected not to put anything in print that his son might not want to read when he grows up.

He also responded to some recent criticism he received after taking Benjamin on an airplane, a move many thought would be painful for the baby’s ears.

“You don’t think I checked with three fucking pediatricians before?” Andy said, telling Howard he was cleared to travel with Benjamin and that he had no issues with his son during the trip.

Being a dad has already changed Andy’s life, too. He spends most nights at home now and told Howard he hasn’t smoked weed since Benjamin arrived.

“It’s not the time for that,” Andy explained. 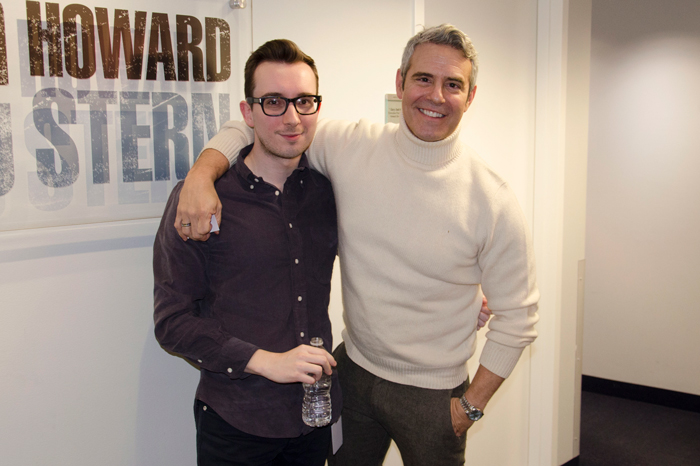 Even with their big date planned, Andy didn’t want to leave the Stern Show studio without giving Chris some encouragement following his devastating breakup.

“Chris, I do want to say something to you as Top Gay,” Andy said, referring to the Stern Show nickname given to him several years back. “The gay world is a tough place. I’m sorry this guy stomped on your heart. He sounds like a real asshole. I’m glad that you found out now and not when you were further into it. He revealed himself to you; you revealed to all of us that you’re a good guy and that you’re looking for something real. You will find it and this guy was not the right guy. I want you to try to remember that.”

“You are so fucking hot, I gotta tell you,” Chris told him with a chuckle.

Watch Andy Cohen on “Watch What Happens Live” on Bravo and hear him on Radio Andy on SiriusXM.