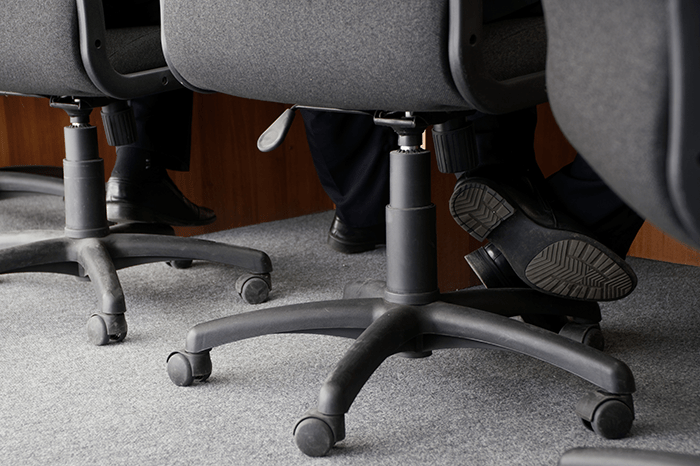 If sitting is the new smoking, as some medical experts have suggested, Howard thinks he could be in some serious trouble.

The King of All Media revealed on Wednesday he has been taking measures to make himself stand more while broadcasting the Stern Show in an attempt to combat the health hazards, but it’s been difficult to do so.

“Even in the commercial breaks, I use that time to organize my thoughts,” he told Robin, explaining how his equipment is positioned to keep him seated.

While Howard said he contemplated getting a wireless microphone and walking around, Robin pointed out he needed to be able to reach the phone lines, sound effects, and studio board.

“In essence, I’m forced into smoking,” Howard said with a laugh.