“We couldn’t help ourselves,” the Stern Show staffer explains to Howard 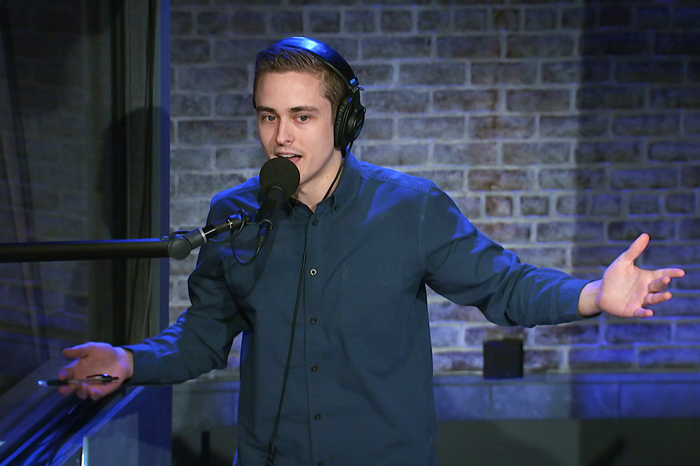 Sorry, ladies. It sounds like Steve Nowicki is now officially off the market.

Not only did the best-looking Stern Show staffer tell Howard about his new girlfriend, it was also revealed on air that the two were recently caught getting hot and heavy while out at a comedy club. Executive producer Gary Dell’Abate reported some of Steve’s co-workers were there and witnessed the young couple “major-league making out.”

“We couldn’t help ourselves,” Steve said.

“So, you’re settling down a bit?” Howard asked.

“Yeah, a little bit. I’m not banging anybody else right now,” Steve replied.

Nowicki met his new girlfriend a few months ago on Instagram and said they’re now “basically exclusive,” though they haven’t yet put a label on their relationship. Steve described her as “very hot” and also taller than him when she wears heels. 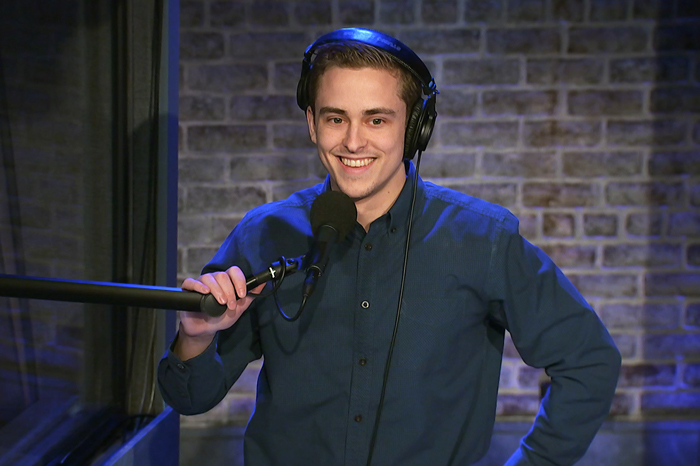 Howard solicited opinions from Chris Wilding and JD Harmeyer, two other staffers who’ve met her. JD gave his take first but stumbled over his words. “Uh, I saw her very briefly because I was like, I—she’s very beautiful, very nice,” he explained much to everyone’s confusion.

“You’re not fun to talk to,” Howard told JD before turning to Chris for his opinion. “I have to get the details from a gay man.”

“She looked like she could handle Steve,” Chris said. “She’s very pretty. Very classy. I got a good vibe,” he added. “Very nice, very sweet girl. Nice to talk to. [Steve’s] doing well.”

Girlfriend or not, Nowicki still has every intention of participating in an upcoming Stern Show segment involving Brent Hatley’s wife, Katelyn. She’s just about healed following her recent breast-enhancement surgery and will soon be returning to the studio to show off her new look. Katelyn is even willing to allow a select few from Howard’s staff to cop a feel.

Joining Steve Nowicki in a hands-on evaluation of Katelyn will be JD Harmeyer, Ronnie Mund, Jason Kaplan, Will Murray, Chris Wilding, and possibly Shuli Egar, depending on whether his wife allows it. Those who won’t be rounding second, meanwhile, include Gary Dell’Abate, Fred Norris, Sal Governale, Richard Christy, and Jon Hein, the last of whom said he’s out because he wouldn’t want his wife to touch another man’s penis.

Memet Walker and all members of the Wack Pack, however, have been banned by Katelyn from feeling her new breasts.