“I’m gonna go back to the gym and work out like crazy,” the Wack Packer tells Howard 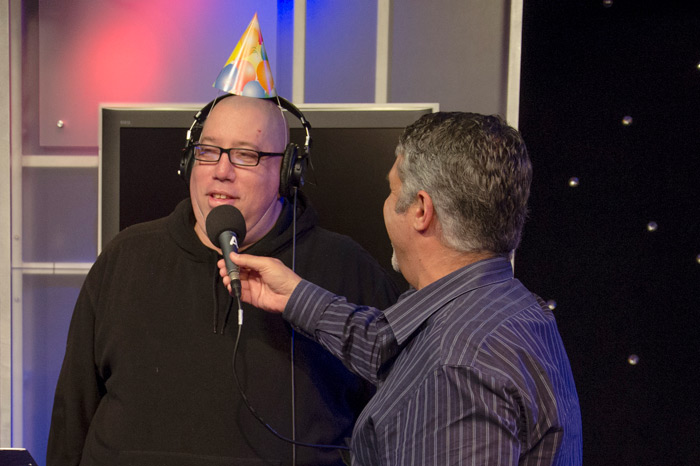 High Pitch Erik on the Stern Show in 2015 Photo: The Howard Stern Show

High Pitch Erik is another year older after celebrating his 48th birthday this week. The Wack Packer called into Wednesday’s Stern Show and told Howard and Robin he’ll be heading to a car expo this weekend.

“You don’t drive,” Robin said, confused why Erik would want to attend such an event.

High Pitch has in fact gotten behind the wheel before. “I drove my friend Mike’s car in Vegas,” he said, adding he did so without actually having a license. “Bobo called me on my cell phone and yelled at me for driving a car in Vegas on the Strip.”

Howard and Robin agreed with Bobo chiding Erik and both told him he shouldn’t be driving if he doesn’t have the proper paperwork.

“I know I need a license, but I know how to drive,” Erik scoffed. “Listen, it’s easy to drive.”

Erik also thinks it’s going to be easy to shed some weight in the coming months. At 330 pounds currently, it seems Erik is still struggling to slim down following his gastric sleeve surgery in 2017. However, he promised Howard on Wednesday he’s about to work very hard at getting in shape.