“I did run into Dave Chappelle, which was great … it was beautiful,” he tells Robin Quivers 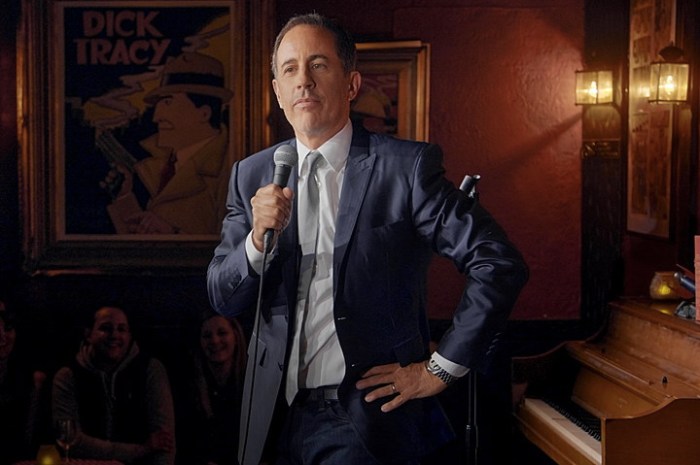 Jerry Seinfeld officially turned 65 on Monday, but the celebration started days earlier when a star-studded crew of friends — including Howard — feted him at a party in New York City Saturday night.

“It was really beautiful,” Howard said of the event, which took place at Café Carlyle. And while the festivities kept him out far past his normal bedtime, Howard told Robin he had a great time catching up with quite a few old pals.

“I ran into some people I hadn’t seen in years,” he said.

In fact, Howard revealed he even spoke with comedian Dave Chappelle and reminisced about all of his early Stern Show appearances.

“He goes, ‘You’re the only guy who used to put me on when I really needed it,’” Howard recalled Dave telling him.

Chappelle wasn’t the only comedy legend in attendance, either. Howard ran into Steve Martin and Martin Short who proved as entertaining as ever. “The two of them were just standing there talking to me and I felt like I was watching a show,” he described. “I wanted to pinch myself — because those guys are just funny no matter what they do.”

Additionally, Howard said he spoke with Bill Maher, David Letterman, and Chris Rock among others. He was even seated next to frequent Stern Show guest Bradley Cooper and his girlfriend Irina Shayk.

The only low point in the evening came when a waiter spilled an entire glass of water in Howard’s lap. “The whole night I felt like I was sitting in a diaper,” he said with a laugh.

Still, not even that could ruin the mood of the evening’s festivities for Howard, who joined in praising Seinfeld on his big day.