Howard has long been listening to Maren Morris’s latest single “GIRL” and telling his fans how much he enjoys the song on air. On Monday morning he finally got to see her perform the rock-rooted tune live in the studio during her Stern Show debut.

“That song just fucks me up … I’m in tears,” Howard said after Maren hit her final note. “Just absolutely magnificent.”

“Thank you. Oh my God, you’re making me feel really good about myself,” she replied.

For all the acclaim Maren and her music receive these days, she is by no means a stranger to rejection. She recalled for Howard how “American Idol,” “The Voice,” and “America’s Got Talent” each sent her home after she auditioned for spots on all three competitive reality TV shows.

“I apparently wasn’t even good enough to see the actual judges. I just saw the 23-year-old producers,” Maren told Howard of her tryout for “American Idol” when she was just 16 years old. “You have to do the long walk of shame back out to your mom’s minivan in the parking lot and cry on the way home. It built some character.”

Performing in front of an audience was something Maren was well practiced in from a young age. Growing up in Arlington, Tex., she sang at area honkytonk bars well before she could even legally order a drink at one.

“I was pretty much background music,” Maren said with a laugh.

She kept her stage life a secret from her high school classmates, though, mainly because country music wasn’t considered cool by kids her age. 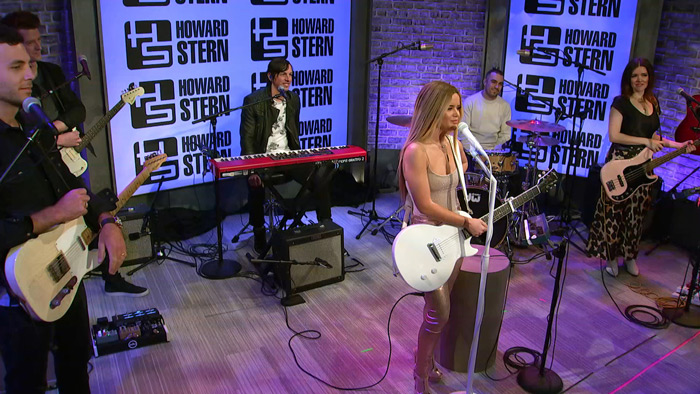 Maren Morris with her band in the Stern Show studio Photo: The Howard Stern Show

The many years of trying to make a name for herself as a solo performer left Maren burnt out and ready to pivot towards something new by her early 20s. She moved to Nashville with the hope of writing songs for other artists while learning from those in the industry who were already making a living doing just that.

“My school of thought of songwriting is just shut up and listen to people that are better than you,” Maren told Howard of her experience. “I just wanted to be a sponge to what they were teaching me.”

It wasn’t long before songs Maren had written were being recorded by the likes of Kelly Clarkson and Tim McGraw. “It kind of makes you feel like you didn’t make a mistake in moving there,” she said of her early successes.

Maren’s only mistake may have been singing too well on some of the demo tapes she was sending to prospective artists. Morris’s publisher once explained to her how others weren’t able to make a song their own after hearing Maren’s version. 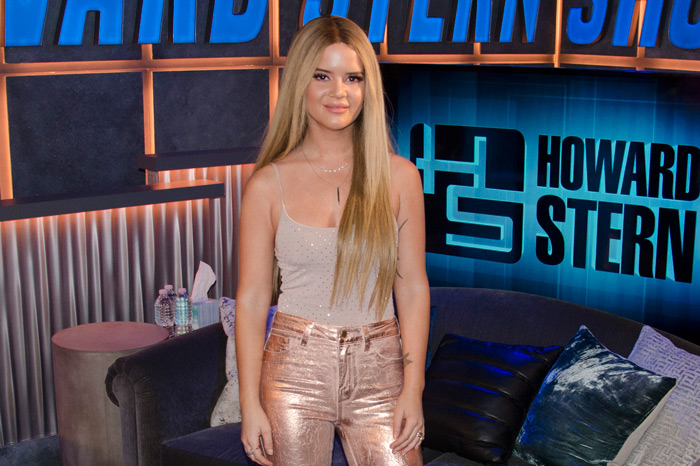 One song Maren said she was unwilling to part with wound up being her debut single in 2016. “My Church” was born out of a spiritual moment Maren experienced while driving around Los Angeles and looking out her window at the Pacific Ocean. Once the tune came to her, she said it only took 45 minutes to write the song start to finish.

“With that one, it was just so carved out in my mind,” she told Howard. “I just knew I’m not giving this song to anyone else.”

It’s a good thing Maren held onto it for herself, too – “My Church” won her a Grammy Award for Best Country Solo Performance in 2017. She’d be nominated in that same category the two following years as well, most recently for her cover of Elton John’s “Mona Lisas and Mad Hatters” in 2019.

Her version of that song appeared on “Restoration,” the 2018 country tribute album to the iconic British performer. However, Maren landed on Elton’s radar long before she covered one of his biggest hits. She told Howard how she received a call one day from a London phone number and was shocked to hear who was on the other line after she answered.

“He called me on the phone and I thought it was a prank,” Maren said.

Though their call was brief, Elton explained he was a fan of her work and owned one of her albums on vinyl. He also told her he hoped they would meet in person someday.

“I was just really flabbergasted,” Maren continued. “No one was around to witness it, either.”

When Brandi Carlile was on the Stern Show in 2018, she told Howard a similar story about getting a call from Elton John, whom she said she’d worshipped from a very young age. Both Brandi and Maren happen to be fans of each other as well and have even collaborated together on a couple projects. When Brandi performed at the 2019 Grammys, cameras caught Maren cheering her friend on from the audience.

“You actually catch me during her Grammy performance, like, saying the F-word because I didn’t realize the camera was on me. But I was just like, ‘Fuck yeah!’” Maren admitted to Howard. “You just saw a star being born, like the whole world knowing who she was.”

Maren and Brandi also make up one half of the new all-female supergroup the Highwomen, along with fellow members Amanda Shires and Natalie Hemby. Their band name is in part a play on the Highwaymen, a group from the ‘80s and ‘90s made up of Johnny Cash, Waylon Jennings, Willie Nelson and Kris Kristofferson.

“There’s been a pretty severe drought of women in country music being played on the radio the last 10 years and so I think we’re just trying to show that women can support other women and not be cutthroat and lift each other up,” Maren explained. “It’s been just such a pleasure to be in the studio with those gals.”

Of course, Maren will still record and tour as a solo artist as well, including her current “GIRL: the World Tour” which continues in St. Louis to a sold-out crowd later this week. With a fanbase in the millions, there’s no need for Maren to audition for any TV talent series anymore. Instead, it’s her songs being sung by hopeful contestants.

“I’ve had people audition a lot with different songs of mine,” Maren told Howard. “It’s nice because I don’t have to go through that trauma again … I can just collect the check.”