“If I had to pick out one interview for people to read, one I think is the gold standard, this would probably be the one,” he writes in his new book “Howard Stern Comes Again”

For nearly two months Stern Show fans have been guessing at whom Howard named as his best interview of all time within the pages of his new book “Howard Stern Comes Again.” On Wednesday morning, the world finally found out that person was none other than the one, the only, Conan O’Brien!

The late-night host joined Howard live on the air from Los Angeles and shared his own take on his 2015 Stern Show interview.

“I think it’s a mistake … I think you’re gonna regret this,” Conan joked.

All kidding aside, Conan told Howard he felt a similar connection to him following their sit-down together even after leaving the Stern Show studio.

“Then, I was in New York and I was walking around and people were coming up to me on the street and telling me how much that meant to them,” Conan told Howard. “I never stop hearing about that interview.” 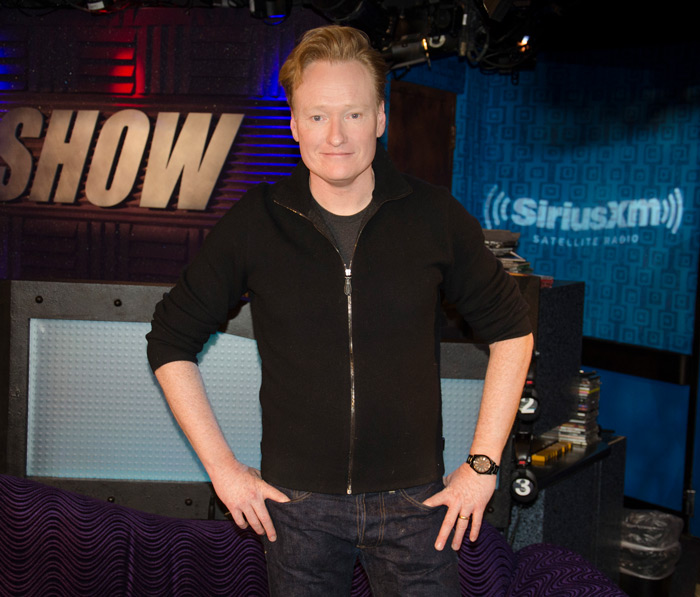 Conan O’Brien on the Stern Show in 2015 Photo: The Howard Stern Show

Long before even visiting the Stern Show studio himself, Conan said he had considered Howard to be the gold standard of interviewers due to his ability to truly converse with his guests. Those candid conversations are made possible in part by being on SiriusXM, whose format affords Howard far more freedoms than he would have in traditional media.

“I think if you had a conventional late-night show you would be frustrated,” Conan told Howard. “You’d be successful, but you’d be frustrated.”

Conan’s own TV series recently went through some significant changes, scaling down from an hour-long broadcast to a half-hour at the start of 2019. He’s also done away with his desk, his suit, and having to toss to commercial breaks in the middle of his guest interviews, though there are still commercials when viewers watch the show on TBS.

“I just talk to the person and if I’m having a good time I talk to them for half an hour or 35 minutes and then we cut it down to a 10-minute interview for TBS but everything else goes online. And that’s where people see late-night stuff,” Conan told Howard. 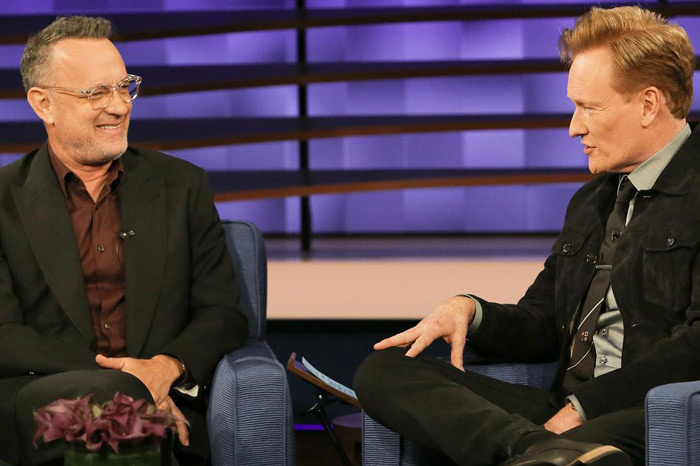 One change he’s less excited by, though, is not having his longtime band by his side. “I hated that,” Conan said of not bringing them onto the show’s new format. “I had the best band in television. I love those guys and I still do gigs with them.”

As far as ratings are concerned, Conan said the importance of winning his time slot is sort of a thing of the past since he has so many late-night competitors now.

“In a way, I actually kind of like it because this crazy pressure of the late-night battles has kind of dissipated and everyone can sort of be themselves more,” he explained.

The battle for late-night supremacy was one Conan found himself in several times throughout his career. After 16 seasons on “Late Night With Conan O’Brien” at NBC, the network named him the new host of “The Tonight Show.” The move led to months of sensationalized headlines and round-the-clock media speculation, all culminating in Conan eventually handing the hosting gig back to his predecessor, Jay Leno.

“They acted like it was Godzilla versus Mothra,” Conan said of how the press pitted him against Jay.

He went through similar scrutiny before replacing David Letterman on “Late Night” in 1993 and admitted even he doubted if he could successfully transition from his job as a comedy writer to hosting his own television show.

“I was an unknown writer. Nothing like that had happened in the history of television, I don’t think,” he told Howard.

It was actress Lisa Kudrow, his girlfriend at the time, who encouraged Conan the most to pursue the job.

“She just kept saying, ‘You’re the perfect person to do it, you’re going to do it, it’s going to be a big success,’” Conan recalled. “I swear to God, if she had not been in my face like that, you know, I don’t know what I’d be doing.” 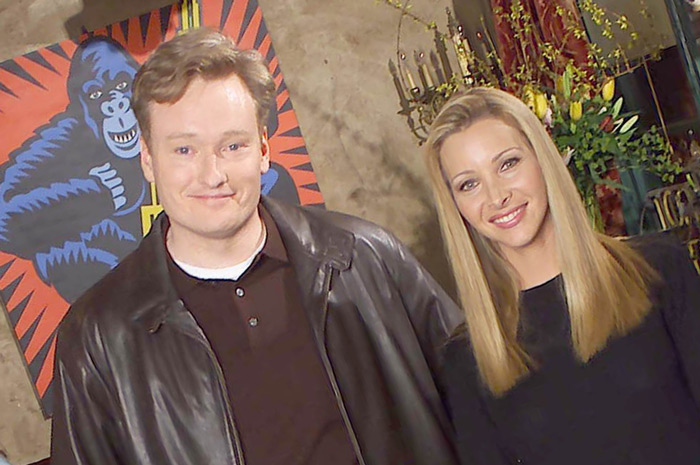 Conan O’Brien and Lisa Kudrow on the set of “Friends” in 2001 Photo: Getty Images

His triumph at 12:30 a.m. makes sense when you consider Conan’s time working at “Saturday Night Live.” He told Howard on Wednesday he felt most comfortable writing sketches that would air at the tail end of the show since that’s when the more obscure offerings of the evening were always placed. When he took over on “Late Night,” Conan carried over that penchant for the strange and unusual and built a solid fanbase because of it.

With Howard and Conan getting along so well on air, both this morning and during their 2015 interview, the two contemplated actually grabbing dinner together. The only question: what would happen once the check was dropped on the table?

“Who would pay for dinner? I think me,” Howard guessed. Conan agreed, assuming Howard’s net worth far exceeded his own.

“But you can afford dinner!” Robin Quivers interjected with a laugh.

Watch “Conan” weeknights at 11 p.m. on TBS and catch Howard Stern on his his podcast, “Conan O’Brien Needs a Friend,” over Memorial Day weekend.