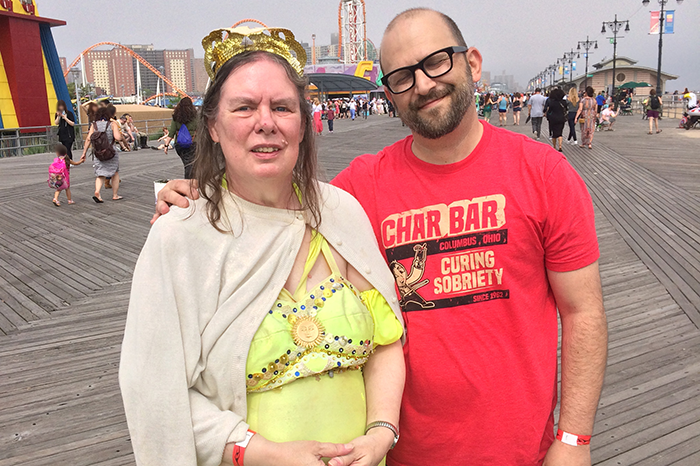 Underdog and Shuli Egar together at the 2017 Mermaid Parade Photo: The Howard Stern Show

As one of the world’s biggest fans of Dracula, you’d think Underdog would be well aware there’s such a thing as Dracula Day. But when Stern Show staffer Shuli Egar called her recently and told her all about the annual celebration, she was rendered nearly speechless.

Hear the moment Underdog learns about Dracula Day in the audio (below).

While Dracula Day is officially marked on May 26, Underdog seemed to have a slight problem with that date. “I can understand such a day being held in Romania but not anywhere else in the world,” she told Shuli.

She also objected to her fellow Dracula fans dressing up with fake fangs or hanging up anything to do with bats or spiders since those only relate to vampires but do not correctly convey the title character in Bram Stoker’s book “Dracula.” Underdog also claimed organizers of the event were incorrect in saying this was the 120th anniversary of Dracula.

“That’s wrong. It’s the wrong number of years for either his real life or the time of the novel,” she told Shuli.

“You can’t stump her with the facts,” Robin Quivers said of Underdog.

Her undying passion for the undead character kept her talking on the phone for over 30 minutes with Shuli. He eventually had to fake a fire alarm in order to end their call, even going so far as to make some faint smoke detector sounds himself. Take a listen in the audio (below).