“It’s like one o’clock in the morning and you walk outside of a concert and it looks like a children’s party going on,” Stern Show staffer Jason Kaplan explains 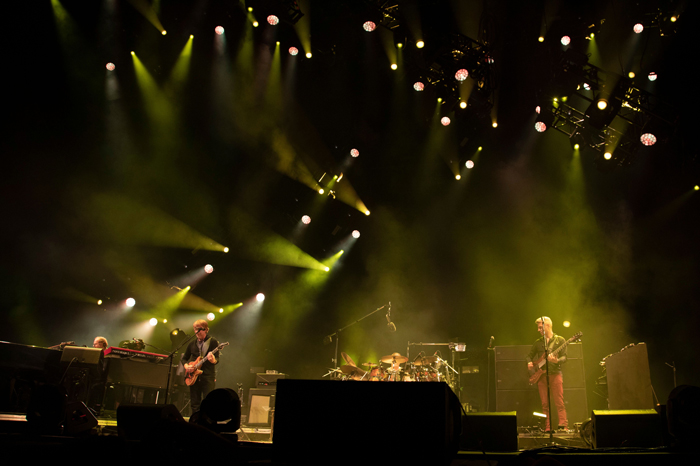 The band Phish just gained yet another diehard fan – Stern Show staffer Jason Kaplan. He came into the studio Tuesday morning and told Howard it was one of his back-office colleagues who encouraged him to attend his first show last November. Since then Jason has attended four Phish concerts.

“That makes sense,” co-host Robin Quivers said with a laugh. “He’s high all the time.”

Curious what Phish culture was really all about, Howard sent Steve Nowicki to talk to fans at a recent Madison Square Garden show. As expected, the staffer found recreational drugs aplenty, including weed, mushrooms, LSD, and Whip-Its, a.k.a. balloons filled with medical-grade nitrous oxide. While the Whip-It high is apparently a short one, Steve learned it was the drug of choice for many concertgoers holed up in an area called “Nitrous Alley.”

Jason, who assured Howard he was only into “natural drugs,” concurred. “It’s like one o’clock in the morning and you walk outside of a concert and it looks like a children’s party going on,” he said.

Listen to Whip-It balloons being filled en masse while Phish fans with drastically altered voices discuss their love for jam music (below). And for more Phish, tune into Phish Radio on Sirius XM’s channel 29.

What Will Ronnie Mund, Robin Quivers, and Fred Norris Do After the Stern Show Ends?