“Oh my God, where did you disappear to this time,” Suzanne Muldowney asks the Stern Show staffer after going four days without talking to him 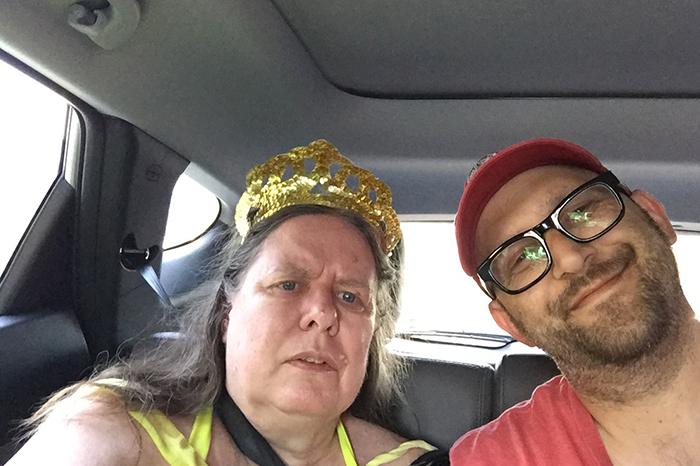 During a chat with Shuli Egar on Wednesday’s show, Howard pointed out Suzanne “Underdog” Muldowney’s great affection for the Stern Show staffer. “God is she in love with you,” he noted.

Shuli just called Suzanne recently to ask her about the 55th anniversary of her beloved cartoon character Underdog and she was quite relieved to hear his voice on the other line since he hadn’t called her in four days. “Oh my God, where did you disappear to this time?” Suzanne said with emotion.

Shuli suggested maybe Suzanne would want to come on the Stern Show to properly celebrate Underdog’s anniversary, but she shot down the idea, telling him she was “horrified” of what might happen if she visited the studio again.

“Why does she not acknowledge that my father created Underdog, or at least he was the guy who hit the record button in all the voiceovers,” Howard wondered on Tuesday, speaking of his father Ben Stern’s long career as an audio engineer for TV cartoon shows like “Underdog,” “Tennessee Tuxedo,” and “King Leonardo.”

Howard wasn’t the only one with questions for Underdog. After hearing audio last week of Suzanne recollecting her college days and how upset she’d get when forced to wear costumes back then, Jimmy Kimmel wrote to Howard wanting to know why that would bother her when she dresses as Underdog so frequently. “You’d think if she found a college where they wanted her to dress up in pajamas and baby outfits that she’d be thrilled,” Howard said, agreeing with Jimmy.

Though Suzanne won’t be coming on the Stern Show she did advise Howard’s listeners how to properly celebrate Underdog’s anniversary – for anyone making a cake to mark the occasion, be sure to use green frosting since emerald is the traditional gift for a 55th anniversary.