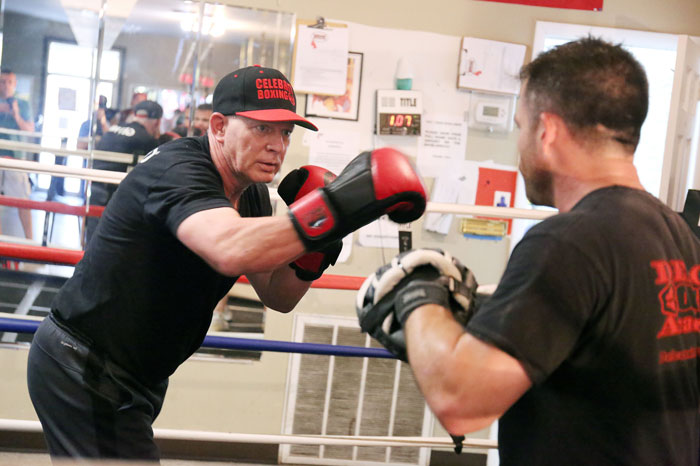 Baseball legend Lenny Dykstra called into the Stern Show on Monday and broke some big news on the air with Howard: he won’t be going ahead with his celebrity boxing match against Chris “the Bagel Boss Guy” Morgan.

“The big announcement is, unfortunately, that the fight with the bagel whatever he is will not be happening because, um, I have, uh, a trial that’s going on and my attorneys have informed me that I have a duty and obligation to prepare for that trial,” Dykstra explained over the phone, later adding, “I’m just following my lawyer’s advice.”

Howard was shocked by the news, especially considering how hard Lenny had been training. One thing Lenny hasn’t called off, however, is his fondness for Robin Quivers. His big regret about not going forward with the fight seemed to be missing out on the chance of having Howard’s co-host sit ringside and cheer him on.