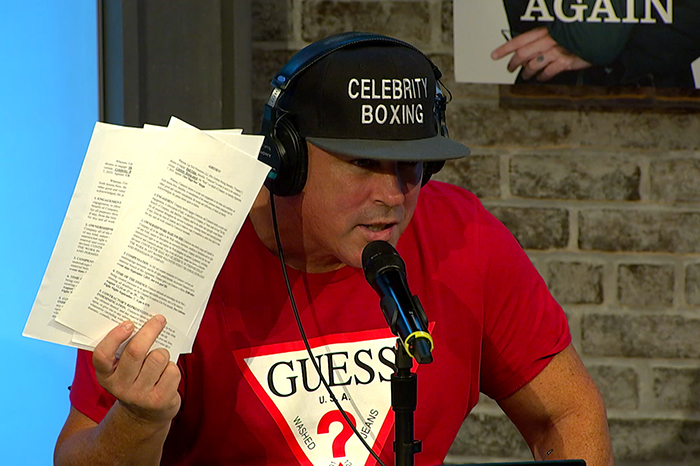 Damon Feldman on the Stern Show in 2019 Photo: The Howard Stern Show

Celebrity boxing promoter Damon Feldman is in a bit of a bind after Lenny Dykstra’s last minute cancellation of his fight against Chris “the Bagel Boss Guy” Morgan. Feldman called into Tuesday’s Stern Show hoping he’d find someone else to take Lenny’s place this weekend.

“I wanted to see, is there any chance maybe one of your guys would step into the ring? Maybe Memet? Anybody?” Damon asked Howard over the phone. “Three one-minute rounds, we’ll pay a good amount of money.”

Considering the recent attention to his finances, Robin had a fighter in mind who could use the money – JD Harmeyer. “JD, chance to raise that bank account,” the co-host suggested.

Despite a recent personal fitness initiative in which the staffer performs 100 push-ups a day, JD made it clear he wasn’t interested. “I’m not fighting,” he stated on the air. 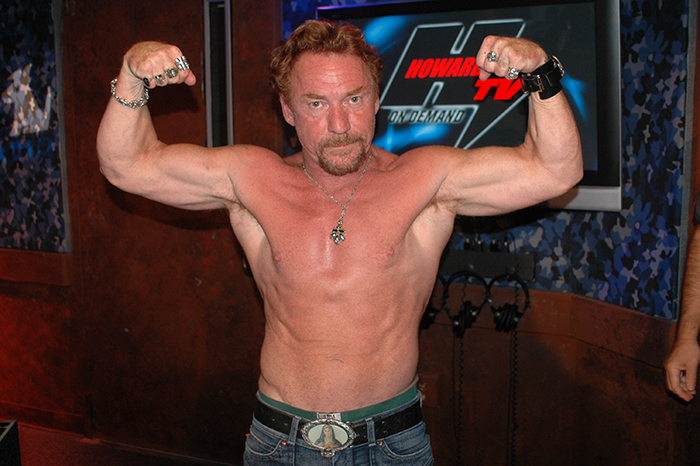 Danny Bonaduce on the Stern Show in 2008 Photo: The Howard Stern Show

When Damon threw out “Saved by the Bell” actor Dustin Diamond and Danny Bonaduce as possible alternates, Howard stopped him in his tracks. “Well Danny’s a good fighter, he would kill Bagel Boss Guy,” he said. “Nobody would pay to see that because Danny’s so superior a fighter … unless you tie a hand and bind his feet.”

Perhaps motivated by necessary car repairs ($8,000 worth) as a result of the two fender benders he was in on the day he obtained his driver’s license, High Pitch Erik offered to throw down. “I would really fight him,” the Wack Packer announced. “I’m bigger than him, I can land punches, I’m taller than him.”

Though Howard at first seemed interested, both he and Robin expressed concern. “I’m afraid for Erik’s health,” she warned.

“Go punch a wall for a minute and see how you feel,” Howard added.