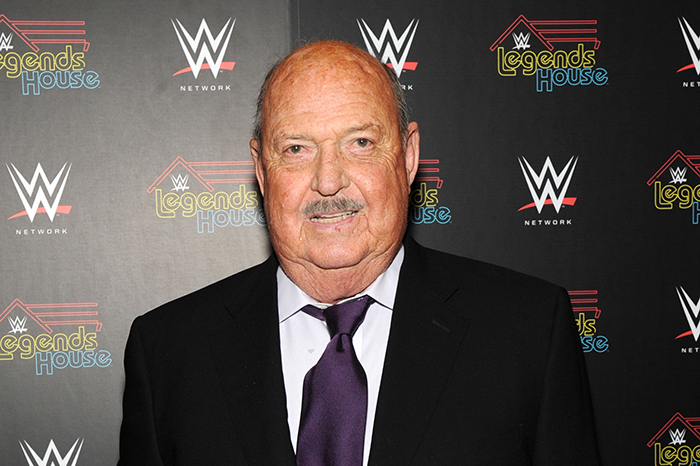 Fred the Elephant Boy helped Howard pay tribute to late WWE Hall of Famer “Mean Gene” Okerlund on Wednesday, remembering the wrestling icon who passed away recently at the age of 76.

Okerlund made a name for himself as an interviewer in the American Wrestling Association before moving up to the WWE in 1984 and continuing his rise to fame alongside stars like Hulk Hogan and “Macho Man” Randy Savage.

Elephant Boy recalled being interviewed himself by Gene in 2000 when he was invited to appear at a World Championship Wrestling event with other members of the Wack Pack, including Beetlejuice, High Pitch Erik, and Hank the Angry Drunken Dwarf—but according to Fred he wasn’t all that mean.

“They treated us like somebody important,” he told Howard. “It was a great time.”

Fred, meanwhile, is currently in the hospital recovering from surgery after having a new pacemaker implanted. So far, he is feeling fine with the exception of a bad case of the hiccups. Hear him tell Howard about it (below).

The Wack Packer also revealed, as a government employee with more than 30 years under his belt, the current shutdown is holding up his pay. He’s not the only one affected, either—Jeff the Drunk called in later in the show to say his food stamps were denied as a result of the political impasse.