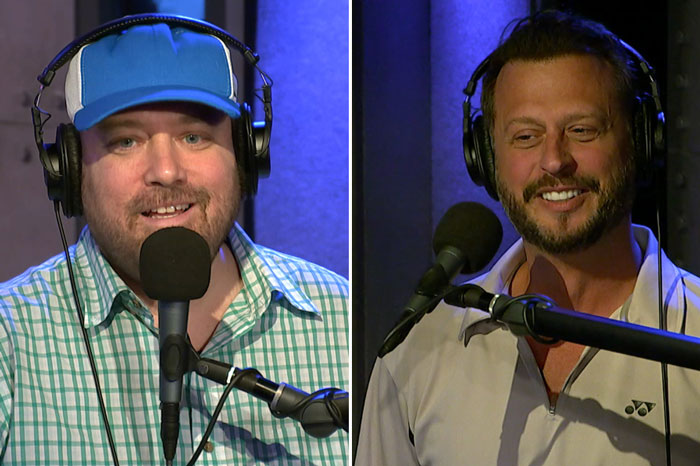 The Stern Show heads to Hollywood next week and on Wednesday morning Howard learned Stern Show staffer Benjy Bronk had plans to pack one of his favorite on-air props. “He’s bringing his shofar—that’s an instrument. It’s a ram’s horn that Jews blow into on Rosh Hashanah—and that just annoys me,” Howard explained with a laugh.

Benjy also plans to bring his dog out to California, despite having not yet told the airline. “I’m calling today. I’ve done it before in the past,” he said on the air.

“What’s wrong with you?” Howard asked, explaining the trip might be stressful for the pooch.

There was a little bit of confusion of whether his dog was officially registered as a service animal, but Benjy insisted the animal would enjoy the long journey because it will get to stay with his ex-girlfriend Elisa Jordana, who lives in L.A.

Sal Governale, on the other hand, recently asked a question during a staff meeting about the Hollywood trip that had some of his colleagues flabbergasted – he wanted to know if there’d be security in California to offer him protection.

Sal said his question had been exaggerated. “I said, ‘Will there also be security—not for me—at the hotel?’ That’s what I said,” he claimed.

“What are the names for Sal’s hordes of fans?” Howard wondered. “The Sal-tines or the Sal-amanders?”

“I asked for a ticket to get there,” she responded, shutting him up.

Though Robin might be the more low-maintenance traveler, her L.A. itinerary seemed jam-packed with activities. In addition all of her show duties and a dinner out with Howard, Robin shared she’s also conducting a bit of business while out west. “I have a couple of friends out there I’m going to see, and I have a couple meetings,” Robin said coyly.

One person Robin isn’t likely to take meetings with is Melrose Larry Green, a Los Angelino and longtime Stern Show caller who phoned in Wednesday to say he was excited Howard is headed his way.

Howard wondered if Melrose Larry, now 68, still wandered Melrose Avenue with signs on, yelling at people. “I yell at people but not with signs,” Larry told him, before admitting on Monday nights he does still take his signs to a club on the Sunset Strip called the Viper Room.