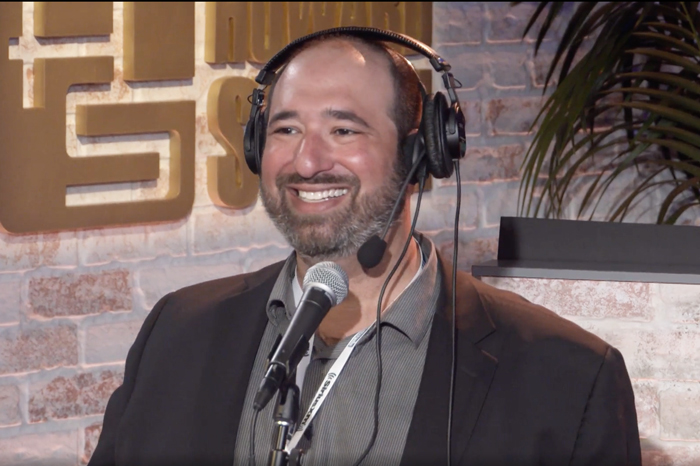 The studio was abuzz with excitement Tuesday morning, and not just because it was Howard’s second day broadcasting from SiriusXM’s brand-new Hollywood studios. Everyone was excited for Stern Show staffer JD Harmeyer to smoke weed for the first time, assisted by celebrity marijuana connoisseurs Seth Rogen and Snoop Dogg.

Before getting to the main event, however, the Stern Show’s resident weed enthusiast Jason Kaplan came into the studio to report he recently scouted out the weed-themed restaurant where JD planned to pop his weed cherry. According to Jason, the Hollywood hotspot carries a product with a potent punch.

“We definitely have been telling JD to take it easy,” Jason told Howard on Tuesday. “We tested the place JD is going, and it is super strong.”

Jason said the weed café is a great place for marijuana enthusiasts to eat, drink, and get high—they even have a special weed menu which he compared to a wine list at a nice restaurant. “I got a pre-rolled joint, the best one on the menu actually,” he said. “The one I got was $30.”

Though Jason only partook in smoking joints, he said the restaurant had plenty more to offer, including a “bong bar” and “insane contraptions” like gravity bongs that people around him were using to get incredibly stoned.

Howard wondered if Jason had any thoughts on how much JD should smoke, considering it’s his very first time.

“If I was his weed guy, I’d take one hit, take a break. Two, I’d really take a break. I would stop him at three no matter how he’s feeling,” Jason cautioned.