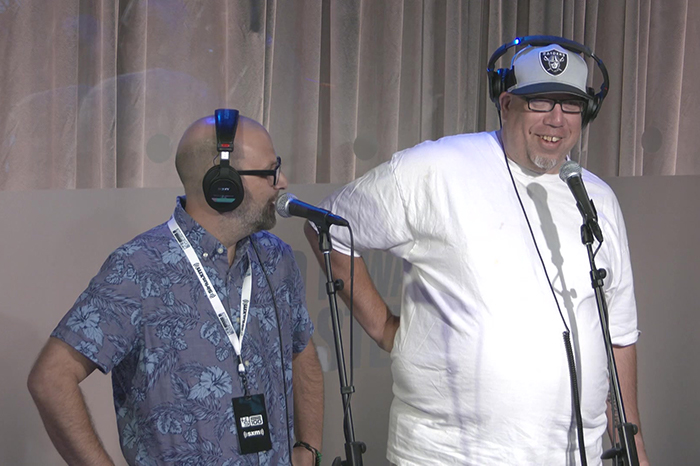 High Pitch Erik made it out to Los Angeles, just like he told Howard he would last week. But nobody on the Stern Show was aware just how extravagant his travel plans were until Wednesday morning.

“Not only did he fly out Howard, he flew out first class,” staffer Shuli Egar reported, adding CNN newsman Anderson Cooper was supposedly seated nearby Erik on the plane.

“Where is he getting all this money? It can’t just be from Cameo,” Howard wondered.

Robin Quivers saw High Pitch living the lap of luxury first hand. “He pulled up in this huge, white, beautiful car,” she said.

The staffer went on to discuss High Pitch’s driving issues back home. “He has nine pieces of mail from the DMV … there are nine traffic camera tickets for speeding in a school zone,” he said, adding, “That’s $50 a ticket.”

“When are they going to take his license away from him?” Robin wondered.

“After he kills Shuli,” Howard predicted.

When Erik finally arrived in the studio, Howard questioned him about the tickets. “A school zone I believe is 20 miles per hour and I went 10 miles over,” High Pitch explained. “I have appointments to go to, like to my therapist, and there’s traffic in Brooklyn.”

High Pitch also blamed a popular navigation app for his repeated tickets. “I have Waze and it doesn’t tell me there’s cameras ahead,” he said.

“No, you’re supposed to read the speed limit sign, not know where the cameras are,” a baffled Robin replied. “Does some authority hear this?”

High Pitch’s spending wasn’t just relegated to airline and traffic tickets. “He told me last night at the bar that he bet $1,500 on the baseball game and the team lost,” Shuli revealed.

“He was at the bar last bight buying everybody drinks,” Ronnie Mund added.

While the show finishes its L.A. run on Wednesday, the party apparently continues for Erik next week when he departs on a cruise to Cabo San Lucas. “He’s literally just burning money,” Shuli said.