Two weeks after being a part of the celebrity welcoming committee for Howard’s trip to Hollywood and in town for the annual week of “Jimmy Kimmel Live!” shows out of Brooklyn, Jimmy Kimmel was back in the NYC studio to discuss the reboot of his and Adam Carolla’s prank call show “Crank Yankers.”

“There are things you can do digitally now,” Jimmy said of the Comedy Central series. “My brother Jonathan runs the show and I love the puppets and the stuff that they do. It’s really great.”

For Jimmy, being able to involve his brother, who was a co-executive producer on the original “Crank Yankers” and has also written for “South Park,” is a wonderful thing. 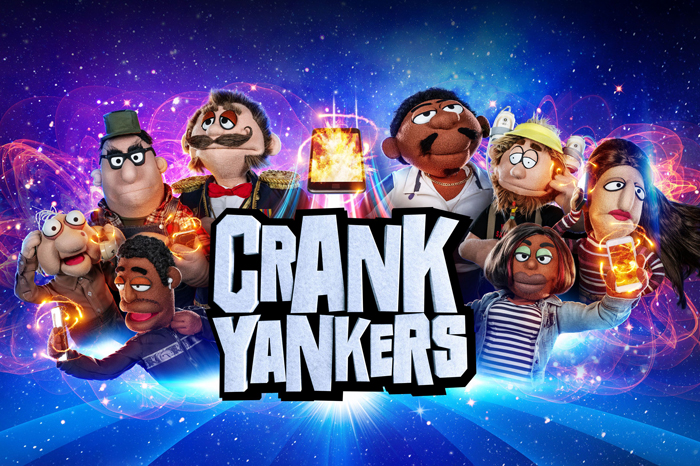 “Not having to make decisions on the show is a great blessing for me … it’s too much,” Jimmy explained, referring to his already packed schedule both professionally and as a family man.

Jimmy, who referred to making prank calls as his “favorite thing to do,” offered up a preview of one those calls exclusively to the Stern Show. As his character, celebrity assistant Terrance, Jimmy called R&B legend Bobby Brown asking if he would sell his name to actress Millie Bobby Brown.

“This is, I will say, inspired by when you do Millie Bobby Brown’s agent and you know how much I enjoy that,” Jimmy revealed to Howard. Listen to the exclusive call (below).

Howard also brought up Jimmy and fellow late-night host Stephen Colbert’s recent appearance at the Emmy’s in which the comedians were critical of the lack of a host.

“You need a host, even in case something happens … who’s designated to go up and say something,” Jimmy explained on Monday’s Stern Show. “At the end of the Oscars they screwed the whole thing up and I’m like, ‘I guess I have to go up there,’” he continued, referring to the infamous 2017 mix-up that saw “La La Land,” mistakenly announced as Best Picture winner over “Moonlight.” 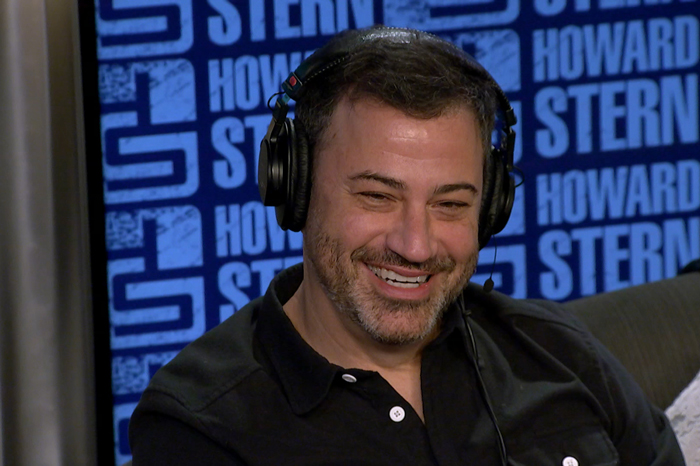 Something else embarrassing brought up on Tuesday’s show was Jimmy’s lovely wife Molly’s alleged foot odor issue. Howard told his friend he found it cute whenever he teased her about her feet smelling, but it’s not just in front of Howard that Jimmy’s doing that. He recounted a night when a whole slew of celebrities took a whiff of Molly’s feet in order for her to prove they didn’t actually reek.

“We were at a party once with some very famous people, one of them was George Clooney,” Kimmel recalled. “Somehow at the end of the night, people were like sniffing her feet.”

Howard then suggested a segment on “Jimmy Kimmel Live!” where a famous person comes on every night and gets a whiff.

“That would be fun to have Bruce Springsteen smell Molly’s feet,” Jimmy agreed.

Catch “Jimmy Kimmel Live!” from Brooklyn on ABC all this week and new episodes of “Crank Yankers” Wednesdays on Comedy Central.

VIDEO: Memet Walker Moped Around L.A. After His Latest Commercial Pitch Got Rejected