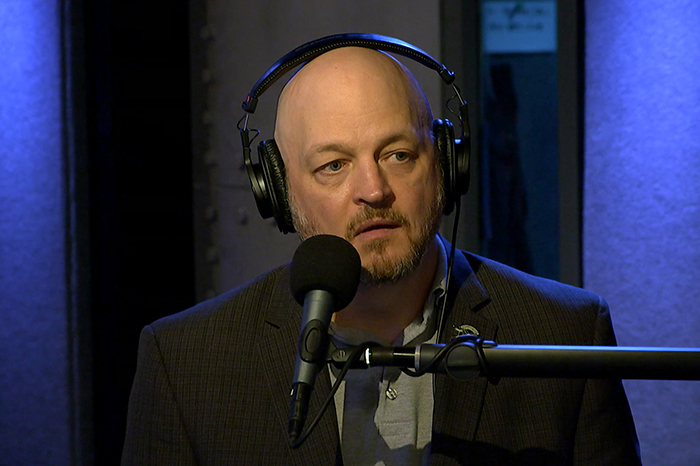 The big question of whether or not Brent Hatley hooked up in L.A. was finally answered on Tuesday. Or was it? By the time the Stern Show staffer was finished telling his full story on air, there was even more confusion than when he started.

“Let us, like an impeachment inquiry, present the evidence,” Robin Quivers declared.

Assigned to cover all-things Hatley during the West Coast trip earlier this month was Shuli Egar and Chris Wilding. Both went to hang out in Brent’s room before the first of two dates he had planned while in Los Angeles and the first thing they noticed was the strong aroma of marijuana permeating throughout the room, all legal of course.

“There is nothing sexier than a man slurring his words and reeking of weed when he goes out with a lady for the first time,” Howard joked. 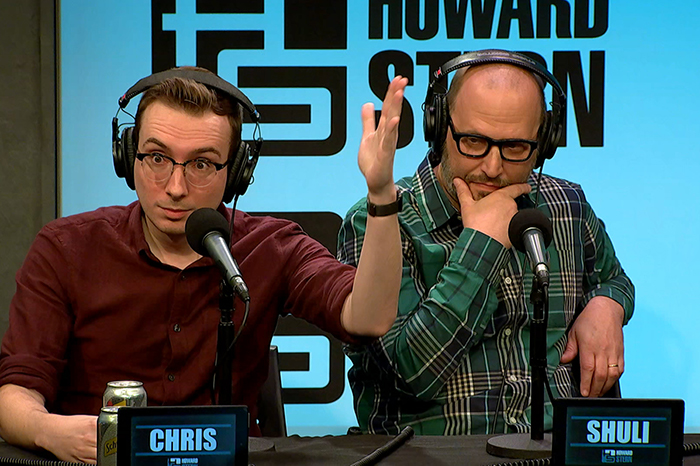 “Your hotel smells like a hot box,” Chris could be heard accusing Brent on a recording.

“Well, that’s what we’re going for tonight, some hot box, if you know what I’m saying.” Brent said coolly.

To prepare for the dates, Brent went above and beyond with some manscaping.

“I got a European wax of my chest yesterday and I clippered down my pubes, shaved my balls … I got a manicure,” Brent listed. “If you’re going to be sticking your fingers in a chick, you need to have them manicured, cleaned, and nice and smooth, you can’t have rough edges on your fingers.”

The preparation didn’t end there. “I did take one Viagra tonight so I’m just going to stick to that because it’s the difference in driving a six cylinder and a twelve-cylinder car,” Brent admitted.

Brent’s second date was with “Jenny,” a former Playboy model in her late 20s and, this time around, he was far more confident in a love connection after a nice phone conversation. After grabbing a drink at the hotel bar, Brent brought his date to the Rainbow Bar & Grill, a legendary haunt where rock acts like Mötley Crüe, Guns N’ Roses, and more were known to hang out.

While Shuli and Chris’ coverage of the evening did give Brent an air of rockstar status, it did leave Jenny a bit uncomfortable. “She turned to me and said, ‘they’re having a bad time, this is really bothering,” Brent recalled on Tuesday.

Soon the official coverage of the evening had to come to an end. “Brent removed his microphone and Jenny’s microphone shortly after they arrived at the bar,” Howard reported before adding she supposedly wasn’t comfortable in front of a “bored” Chris and Shuli. However, Brent told his colleagues he’d text them both if and when he and Jenny got back to the hotel.

Once they went back to the hotel, though, no text was sent. From that moment forward there are conflicting stories as to what actually happened.

“We had sex,” Brent beamed. “Basically as soon as we got into my room, we got down on my bed and started getting undressed and we had sex.”

When asked how long the lovemaking lasted, the staffer estimated it was for a total of 40 minutes, all in the missionary position. “That’s what she wanted,” Brent explained. “She kept having orgasms.”

“On our phone is Jenny, the girl that Brent was with, and she’s got a different story to tell,” executive producer Gary Dell’Abate broke in.

“I feel like he must be referring to someone else,” Jenny exclaimed once on the air with Howard.

“When we got to the Rainbow Room I didn’t expect them to be sitting at the table with us.” Jenny said of Chris and Shuli. In support of Brent’s version of events she added, “I felt kind of bad that I wasn’t engaging with them … I felt like they were bored.”

However, that seems to be where the cohesiveness of Brent’s and Jenny’s versions of events ends.

“No, no, no, no,” Jenny answered when asked if she did in fact have sex with Brent. “I had a really nice time … we decided to go back to the hotel … but we talked about having another date.”

While Jenny denied any physical activity, she did tell Brent that she was open to something more intimate in the future. “Maybe if we were to connect a second time … something more could happen and we could get to know each other a bit better,” she recalled.

Unfortunately, the second date never came to fruition. “We did have plans for a second date and Brent ended up canceling on me,” Jenny said.

Still, Brent was adamant that he was telling the truth. “Let’s bring in Ed Torian,” he said, referring to the show’s long-standing polygraph expert.

While Brent experience in L.A. continues to be questioned, there was no doubt his wife Katelyn hooked up with two men while he was away when she told Howard her full story later in the show.