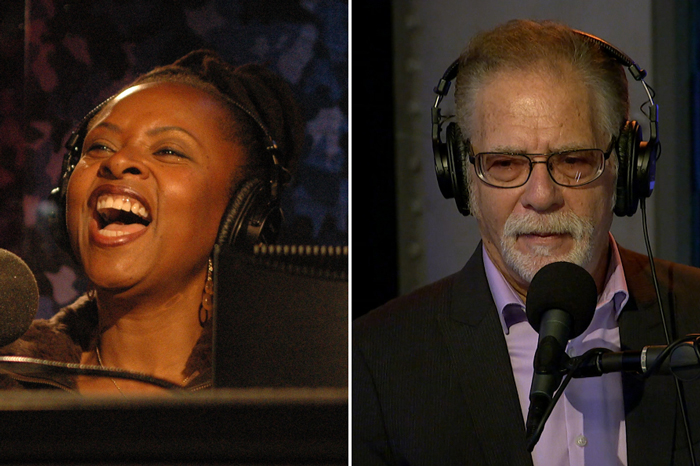 The voice of Robin Quivers is usually velvety smooth, but on Tuesday morning it was clear Howard’s co-host was struggling to speak as the Stern Show got underway.

“I have to keep in the lower register,” Robin softly said on her mic. “This is a strange trajectory for this cold to take.”

Howard was certain Robin fell ill due to a busy weekend she spent being honored by the high school she graduated from, earning the distinction of “legendary dove.”

“You’re busy getting awards … I can’t believe you’re a dove,” Howard said with a laugh.

“I’m a legendary dove. I was always a dove,” Robin corrected him.

Robin’s voice loss comes just one week after Ronnie “the Limo Driver” Mund showed up to work sounding the same. “She was like me – she partied all weekend and she lost her voice,” he said once in the studio on Tuesday.

Howard then took a call from “Hoarse Ronnie” who wanted to lecture Robin about doing too much. Check out the audio (below) to hear the conversation between the two throaty Stern Show staffers.