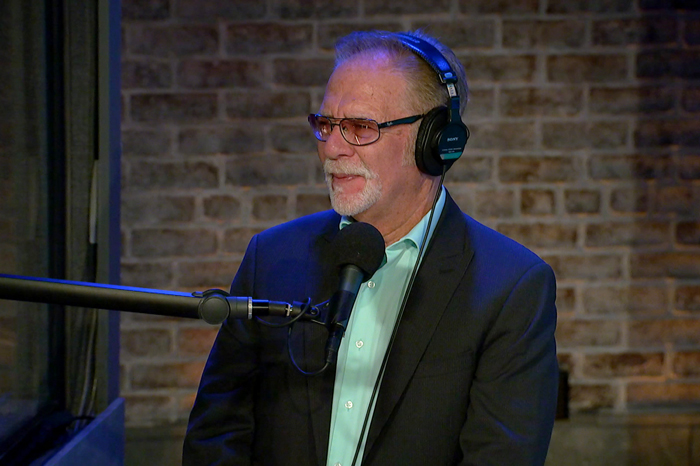 One of Ronnie Mund’s biggest fans called into the Stern Show on Wednesday morning with a proposition for the longtime limo driver: become the face of his family’s sex toy line.

“My mother owns a sex toy company,” the fan named Kurt told Howard. “I would fucking love to have him on the fucking cover of our fucking website.”

Asking Ronnie to endorse their product makes sense. After all, Howard’s driver has his own collection of sex toys that he’s talked about using on the air in the past.

It seemed Ronnie might be interested in striking up a deal with Kurt and his mom, so long as he got paid. “I’m not doing anything for free,” he stated.

“We’d take care of Ronnie. I mean, he is famous,” Kurt assured Howard.

“What if they pay you in cock rings?” Howard asked Ronnie.

Only time will tell if Ronnie Mund becomes the new face of Kurt’s sex toy company!

VIDEO: Fast-Food Expert Jon Hein Gets Outsmarted by His Own Audiobook After Howard Asks Him a Popeyes Chicken Question