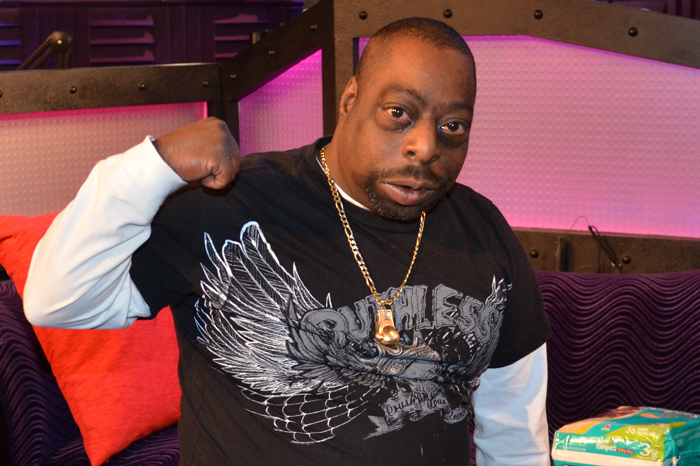 Beetlejuice on the Stern Show in 2011 Photo: The Howard Stern Show

The Stern Show’s phone lines were filled with callers on Monday, all trying to guess who the surprise guests were that Howard was welcoming into the studio later in the show. Since he’d hinted they were a musical act, one fan wondered if it was Beetlejuice stopping by. After all, the Wack Packer has recorded his fair share of hits throughout the years.

“Beet is the best. And he knows it,” Howard said on the air before confirming he wasn’t the guest dropping in later.

While he tends to be a solo artist, Beetlejuice even once collaborated with the one and only Leslie West on a song called “I Don’t Know.” Take a listen to the Mountain guitarist and the Wack Packer jamming out together in the audio (below).

Howard told Robin he recently heard from the rock icon over email. Leslie’s message to his old friend: “hey man.”

“That was the whole email … he doesn’t waste time with small talk,” Howard said with a laugh. “That’s the best email I ever received.”

AUDIO: Bobo Says Goodbye to His Loved Ones After Getting His Infected Finger Treated