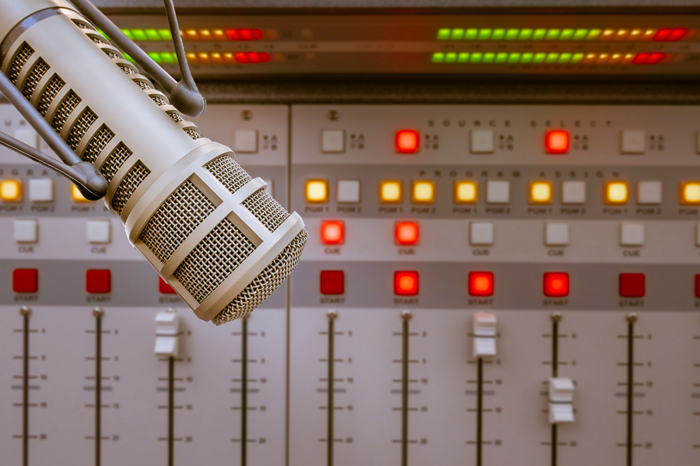 On Tuesday morning, Howard was sad to report his former boss Donald Jay Barnett had passed away recently just a few days shy of his 80th birthday.

“The guy who gave me my first big radio job died,” Howard said. “He was my program director and general manager at WRNW in Westchester—progressive music from the woods.” As the slogan implied, the radio station did indeed broadcasted from deep in the woods of Upstate New York. “It was so crazy, my first radio job,” he explained, “And I was lucky to get it.”

After graduating from Boston University, Howard said he drove all across the country in a Dodge Polara looking for his first real job in radio, but no one was hiring and the eventual King of All Media was denied opportunities everywhere from Maine and Massachusetts to Altoona, Pennsylvania. “It was really turning out to be a masterful disaster,” Howard admitted. “There just was not one program director who would look at me seriously … I was at my wit’s end. I was desperate.”

That’s when he interviewed with Barnett. Howard didn’t impress him all that much in their first meeting, but he did leave Donald with one of his tapes and sure enough received a call back the next day. “He said, ‘Look, I’m gonna be honest with you: it’s not a very good tape, but I’ll tell you what, you had short hair, you had a nice haircut … you look like a guy who might show up for your air shift. So, I’m going to give you a shot,'” Howard recalled.

Howard said his first few WRNW shows were rife with missteps, but Donald kept him on the air and allowed him to learn from his mistakes. Howard eventually moved on, but after making it big he never forgot about Donald and even invited him onto the Stern Show a few times over the years.

On Monday, the show received a letter from Donald’s son informing Howard his old boss had passed away. According to the letter, Donald followed Howard throughout his entire career and listened to the Stern Show religiously even after it moved over to SiriusXM. “Though my father was proud to work with Howard he never boasted about it—he was a soft spoken man with an understated personality—but we, his three sons, sure did … We were proud of his relationship to Howard,” the letter read.

The letter went on to detail Barnett’s career after leaving WRNW, which included serving as general manager at Fordham University’s WFUV and transitioning to syndicated television. It also touched upon the passing of his wife of 42 years and the eventual decline of Donald’s own health. “In the last weeks, we worked to make my father comfortable and relaxed. We knew only one way to do that: put on Sirius and alternate between the Elvis station and the Howard Stern Show,” the letter continued. “My father listened through to the end.”

“He gave me a shot. He really did, and he was patient with me. Really nice man,” Howard concluded. “So, thank you, Donald Jay Barnett, and rest in peace.”