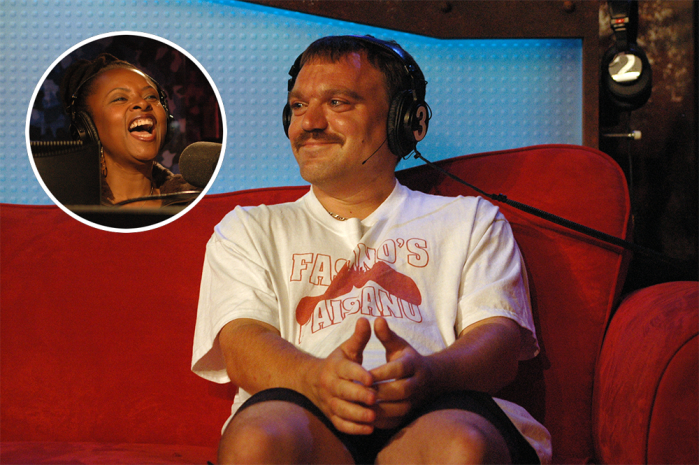 Having reported to work Monday with a strained voice after a packed weekend of activities, co-host Robin Quivers continued to struggle while speakiing during Tuesday’s show.

“It comes and goes,” Robin said of her vocal situation. “I feel terrible about it.”

After Robin compared her voice to that of Mark the Bagger’s, the wheels in Howard’s head started turning. “You should call him and say you’re his grandmother,” he suggested, inspired by Ronnie Mund’s recent calls to Mark as his long-lost grandfather.

“You’re not going to believe this Mark,” Howard chimed in once he got the Wack Packer on the phone. “I meet this woman this morning … very attractive woman … and I said, ‘You sound like Mark the Bagger. She goes, ‘Mark the Bagger is my grandson … he doesn’t know it’.”

“Hi Mark?” Robin and her hoarse voice said on the call. “I’m your grandmother … I’m so happy to meet my grandson.”

Howard went on to give Mark details on his long-lost grandmother, going as far as to describe a resemblance to actress Angelina Jolie.

“Well I was her body double,” Robin riffed. “I was in that movie where she plays the evil woman.”

Listen to the audio from Robin and Mark the Bagger’s call (below).

Howard went on to have an hour-plus conversation with the Wack Packer. After moving on from his career as a grocery store bagger, Mark started working as a bus boy at a casino for some time. He’s currently in between gigs due to a medical condition.

“I have bad sinuses,” Mark explained as to why he is currently unemployed. “My doctor said I had to [quit] —they were really bad.”

Despite his bagless days, Mark has managed to keep quite busy. “I watch TV, I go out and take my morning jog, and then I come home and I watch ‘The Price is Right’, watch the news, and then I’ll watch a couple of shows on demand that I missed,” Mark described of his typical day, adding he’d like to grow his Cameo business and record more personalized messages for Stern Show fans.

The conversation then turned to a potential feud with fellow Wack Packer High Pitch Erik. “I’m going to beat his ass,” Mark threatened. “High Pitch Erik and I don’t like each other.” 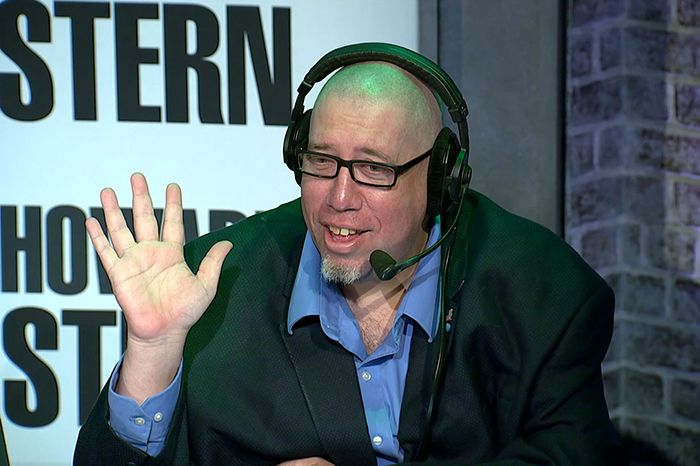 However, High Pitch himself called in to dispute the clash. “I’m not mad at Mark, I’ve never had a problem with him at all,” Erik insisted.

“Never mind then, forget it,” Mark responded. “This was a long time ago.”

That steady income is why Erik could afford to buy his new Ford Fusion in cash, although he was recently pulled in it doing 90 m.p.h. on the Staten Island Expressway. “The cop knew who I was so he let me go,” High Pitch told Howard.

After going over concerns for High Pitch Erik’s financial situation and overall health, Shuli invited the Wack Pack over for Thanksgiving. “I’ve had him over in the past when he didn’t have anywhere to go,” the staffer told Howard. “My wife is the saint … none of this happens without her.”

VIDEO: Fast-Food Expert Jon Hein Gets Outsmarted by His Own Audiobook After Howard Asks Him a Popeyes Chicken Question