Plus, the Wack Packer continues to dazzle with his Gary Dell’Abate impression 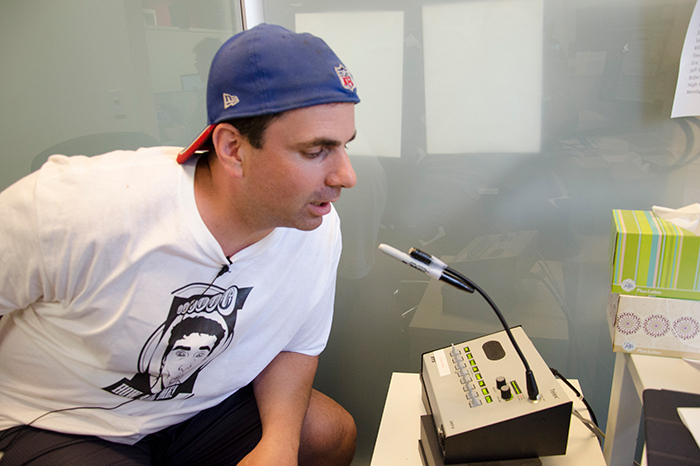 After several listeners wrote in recently wondering where a noticeably absent Sour Shoes has been, on Tuesday Howard had some information on the Wack Packer and master impressionist.

“Sour Shoes, I’ve got a bit of an update on him,” Howard announced. “He does so many different great impressions, but the guy is a little strange, as you know.”

While Sour hasn’t called into the show since June, Howard revealed he regularly leaves messages on the show’s official voicemail on weekends, often giving little performances.

“Lately he’s been leaving messages where he performs his own Sour Shoes show,” Howard said, joking, “That’s how Mel Blanc got started in the business.”

Listen to one of Sour Shoes’ voicemails (below).

Sour has even gone as far as to leave staffers several unprompted voicemails on Facebook, usually using his championed impression of executive producer Gary Dell’Abate.

Check out the latest recording of Sour Shoes’ spot-on impression (below).