Stern Show caller also opens up about other aspects of his life, including his sizable arsenal and lovely wife 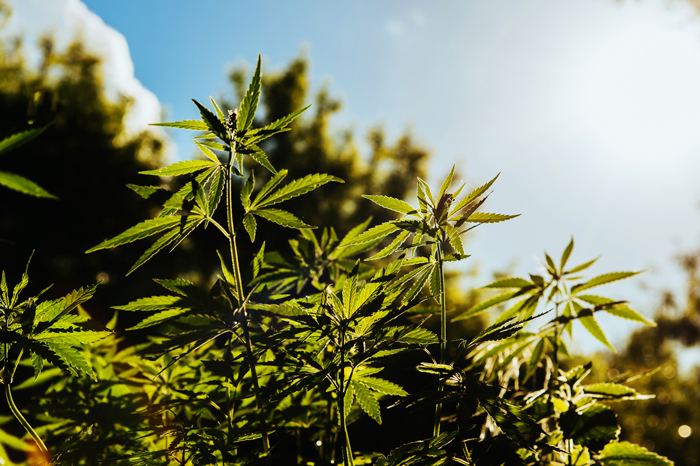 Celebrated caller and coat rack craftsman Eugene from Kentucky phoned into the Stern Show on Wednesday to updated listeners on life south of the Mason-Dixon Line. Among other revelations, Eugene told Howard he’s out of the livestock game and headed into the hemp business.

“We had that cattle business—it just fluctuated too much. So, we’re gonna grow about 50 acres of hemp this year and see how that does,” Eugene told Howard, explaining the “CBD thing” is starting to take off in his region.

He explained he’s working with a company in Colorado which plans to buy the hemp off him after it’s harvested. “They take it and turn it into that oil. You know, that hemp oil,” he said, “Yeah, they turn it into a bunch of things. They got them pastes you rub on your joints and stuff.”

Howard wondered how profitable a business this might wind up being for him and the answer seemed to be “very.” “Well, Howard, you can net about $20,000 an acre,” Eugene explained, meaning his 50 acres worth of hemp could translate into a cool $1 million in profits after the crop is harvested in September.

Profit concerns aside, Howard was relieved Eugene no longer had to spend his days raising cattle to be sent off to the slaughter, which he imagined might weigh heavy on the soul.

“You fall in love with them cattle,” Eugene agreed. “I mean, you’re with them every day.” He explained the emotions ran especially high with calves he bottle fed and nursed after difficult births. “It’s not in your house like your dog is but, you know, you do get attached to it and then your kids get attached to them. It gets tough sometimes.”

Eugene said hemp farming is good for the environment because it’s sustainable and can be used to produce everything from clothes to paper. It’s also not very difficult to farm. “It’s a lot like ‘backer,’” he said, much to everyone’s confusion, until co-host Robin Quivers finally guessed he was comparing it to tobacco.

Howard thought Eugene’s business plan appeared sound and Robin agreed, predicting profitable deregulations may be on the horizon. “It’s gonna be legalized more and more and more,” she said.

In addition to talking everything hemp, Eugene discussed his views on immigration, LGBTQ rights, and the music of 2017 Stern Show guest Chris Stapleton.

Stern Show staffer Shuli Egar revealed he’d spent time with the Kentuckian in person and told Howard he found him so interesting he’s even considered pitching a Eugene Embedded special. “I met him a few times, [he’s] a really sweet guy,” Shuli said on Wednesday.

Shuli also said Eugene looks far more normal than he sounds. “He looks like a dude in his early 40s,” he said. “Cowboy hat … nice beard.”

Normal though he may be, Eugene enjoys big game hunting and apparently owns enough guns to invade a small nation. He said his massive firearm collection includes elephant guns, .30-06s, a “couple” AR-15s, and just one handgun, which he uses sparingly.

Howard was so fascinated by Eugene’s lifestyle, the frequent caller extended him an invitation to come visit. “Y’all come down, Howard—we’ll take you hunting sometime,” he told him.