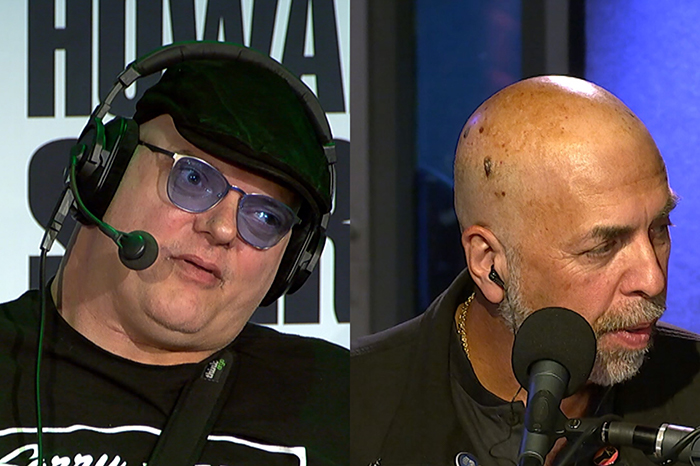 What at first appeared to be a standard call from Jeff the Drunk quickly escalated into a battle between him and fellow frequent Stern Show caller Bobo on Wednesday.

“Bobo yells at me for freakin’ using the show and he never asks you for no money or nothin’ and he’s so fucking great … he just posts on his Twitter ‘Cameo’ with a big picture of him and you,” Jeff told Howard. “He’s a big user and I want you to tell him that.”

“Are you using a picture of me on Cameo?” Howard asked of Bobo once he came on the air.

“No,” Bobo defended. “What happens is this Howard, when you go on Cameo you see me, I’m on there.”

He also made it clear he wants Jeff to keep his name out of his mouth but their war of words was far from over.

“You’re a fucking user, Bobo,” Jeff yelled. “What you’re yelling at me not to do, you’re doing the same thing, fuck face.”

While Bobo was quick to point out how he and Jeff are different, the latter disagreed. “There’s no difference, Bobo,” Jeff responded.

“This is the worst argument,” co-host Robin Quivers interrupted.

“Here’s the bottom line,” Stern Show staffer Shuli Egar said in an attempt to clear things up for Howard. “Jeff is upset because his Cameo doesn’t get anywhere near the action as these other guys.”

Bobo continued to deny using Howard’s picture until a key witness spoke up. “Bobo’s kind of bending the truth a little bit,” executive producer Gary Dell’Abate stated. “His Twitter photo is of the two of you … and then right underneath that it says ‘click here to go to my Cameo’.”

In addition to pushing his Cameo services, it sounds like Bobo’s also been advertising his own athletic ability. “He claims he can throw a better first pitch than Baba Booey,” Shuli said. “He claims he coached his kid’s little league and he says he can do it no problem.”

Bobo didn’t offer any proof his skills were better than Gary but he proudly recalled coaching his son when he was little. “I used to tie my kid’s feet with string so they’d stay in the batter’s box,” he stated. “I used to color code the balls … to train his eyes and my son batted over .300.”

Shuli was arguably the most excited at the prospect of a Bobo versus Booey first pitch. “I think that would be an interesting thing to see,” he said.