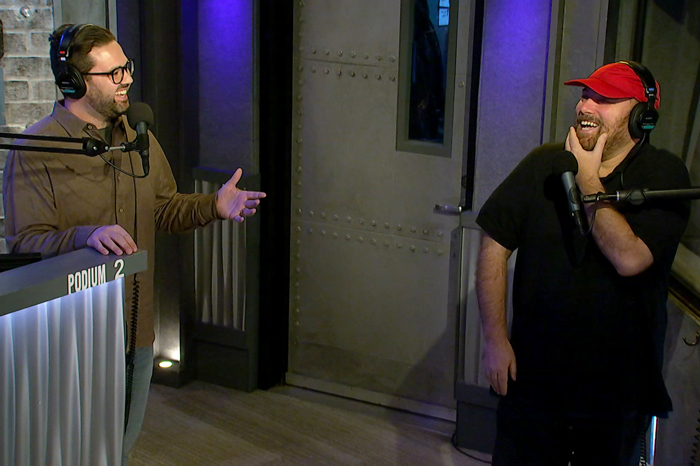 No matter how hard he tried not to, Howard couldn’t stop thinking about Benjy Bronk’s guest spot on “The Bold and the Beautiful” when he got home from work yesterday. He started Tuesday morning by telling Robin how consumed he was with the Stern Show staffer’s performance.

“It was driving me crazy last night,” he said on air.

Howard’s main critique for Benjy was that he should have played the part more like a police officer and delivered his few lines with more control and authority. Instead, he wound up screaming on the set similar to what he’s done in other onscreen roles.

“I don’t think I did horrible,” Benjy said of his own acting. “I think it was definitely adequate but I also think you have a good point of view. But you don’t know all the direction I was given before that moment.”

Howard may not know about what direction was given to Benjy but fellow Stern Show staffer Derek Jones does since he traveled to the set that day to see his co-worker’s big soap opera debut. Derek described how Benjy had to be told repeatedly to take his performance down a notch. 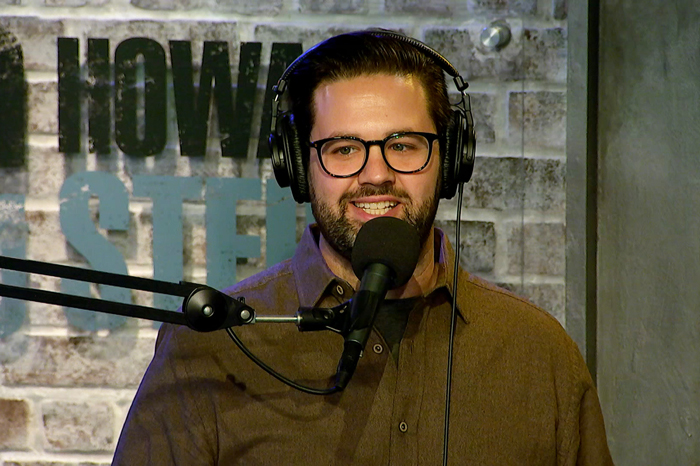 Benjy, however, maintained the show’s producers were impressed with him and even called his performance one of the best cameos they’d ever seen.

“I think people didn’t know what to make of you and they were just trying to be nice,” Derek told him, adding some of the producers even seemed to think Benjy was developmentally disabled due to some of his facial tics and behavior.

While Benjy is indeed a fully functioning adult, he evidently does have trouble remembering some things. “I’ve known Benjy for five years,” Derek told Howard. “My name’s Derek and he knows my name’s Derek. He’s been to my home, we text regularly, and then one day he just thought my name was Doug.”

“That was a glitch and that was embarrassing,” Benjy said.

One thing he does remember: a line he had in his first grade play. “Turkey, turkey upon a tray. Never on Thanksgiving day!” he recited on air. “The fucking whole school erupted. The only kid in the whole school who got to be the turkey.”

AUDIO: Sour Shoes Calls in as Jackie ‘the Joke Man’ Martling and Sings a Pink Floyd Song as Mariann From Brooklyn