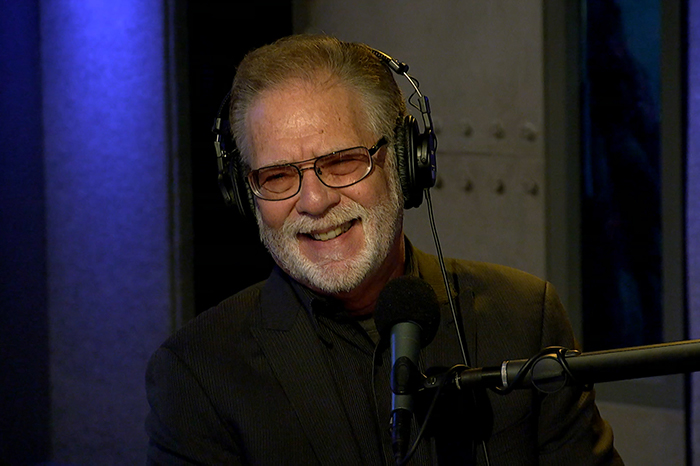 It’s Ronnie “the Limo Driver” Mund’s responsibility to escort each and every Stern Show guest up to Howard’s studio. He takes the job very seriously and that didn’t change when he went to get Tuesday’s guest, Adam Sandler.

“He was like, ‘I was in the movie with Ronnie and Ronnie wasn’t palling around with me’,” Howard said of a text he received from Sandler. Adam already knew Ronnie after casting him in his 2018 film, “The Week Of.” “He was a little freaked out.”

“I had to bring him up and then I had to go right back downstairs to meet with some people for Hillary Clinton,” Ronnie explained, referring to Wednesday’s monumental interview with the former Secretary of State. “He was talking in the elevator to people and I just minded my own business.”

Post interview, the former “SNL” star received a much warmer Ronnie. “Sandler said on the way down you were way more into conversation with him,” Howard reported back.

While the subject of collaborating on another project didn’t come up yesterday, Ronnie appeared confident that Sandler will indeed cast him in another role. “Of course he will,” Ronnie predicted. “He’s a good dude … I love that guy.”