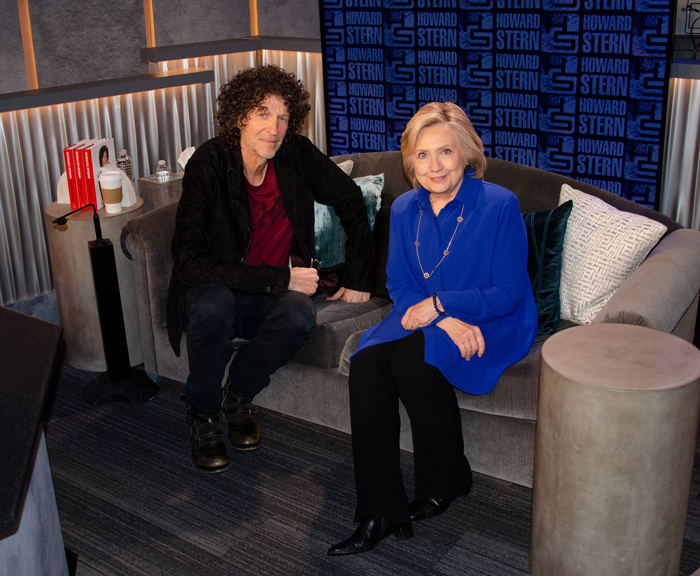 “I woke up on Thursday morning on a real high after the Hillary Clinton interview,” Howard said Monday of last week’s historic interview with the former Secretary of State, U.S. Senator, and First Lady. “I was excited about having her on … I didn’t want to leave her orbit.”

Howard was in fact so excited, he couldn’t stop thinking about additional questions to ask Hillary. “I went home and I wrote 50 more questions in case she ever came back because I have so many questions about somebody whose family achieved so much power and prestige and accomplishments,” Howard admitted. “I honest to God did not realize that the interview had gone two and a half hours.”

As it turns out, Howard wasn’t the only one to react positively to the interview. “I was doing my Peloton first thing and my wife … couldn’t wait for me to finish because she had just read the New York Post and [columnist] Maureen Callahan … had written this really wonderful whole article about it, ” Howard said. “I was really kind of moved that the New York Post would acknowledge this interview as something important and worthwhile and that put me in a good mood.”

Howard would’ve loved to show his parents his in-depth coversation with Hillary but he told Robin they refuse to let him put a computer in their home so they had nothing to actually watch the interview on. Fortunately, Howard’s sister Ellen was able to catch it. “The first email I got right after we got off the air on Wednesday was my sister,” Howard noted. “She was just like, ‘Wow, I was riveted’.”