Sal and Richard’s recent banner celebration for “Howard Stern Comes Again” becoming the best-selling nonfiction book of 2019 inspired Howard Tuesday to recall some of the other interesting ways his book has been promoted this year. “I feel one of the highlights of my year was not only releasing the book but some of the ways we actually promoted the book without boring people,” Howard said. 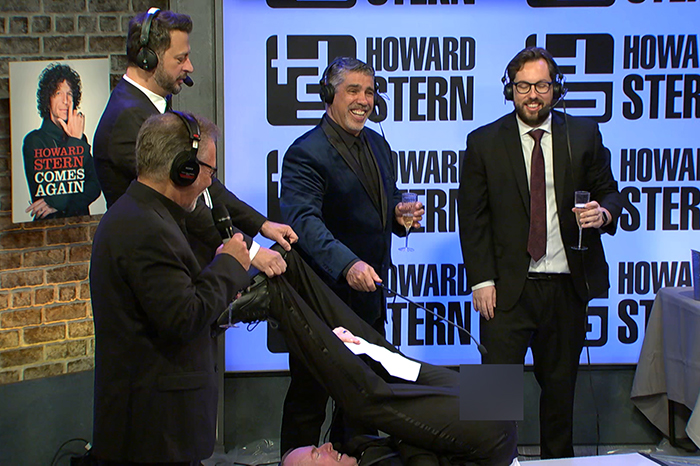 Toasting Howard’s new book back in May Photo: The Howard Stern Show

In addition to the New York City Gospel Choir performing a song, High Pitch Erik being weighed in copies of the book, and several song parodies, Howard was complimentary of the work of a certain pair of Stern Show staffers. “Most of the really funny stuff was Richard and Sal doing stuff,” he said with a laugh. “Like Richard, in honor of the book being released, did a champagne toast and we poured champagne in … his rectum.”

Click here to get your copy of “Howard Stern Comes Again” in time for the holidays!