Howard announces the return of Hollyweird Squares to the Stern Show 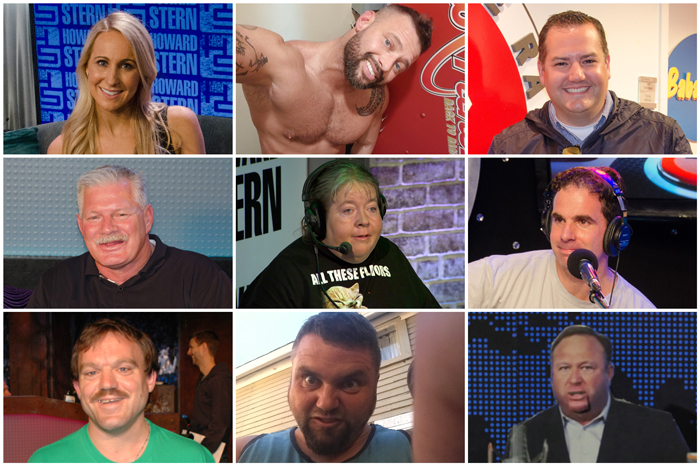 Howard let the cat out of the bag on Wednesday morning by announcing the Stern Show will be bringing back Hollyweird Squares next week during a special holiday-themed show. So who will be occupying the nine squares? That’s what Jeff the Drunk wanted to know when he called up Howard to ask.

Unfortunately for the Wack Packer, he won’t be playing the game due largely in part to his subpar performance during his last in-studio appearance for 2018’s Wack Pack Conclave.

“He was sleeping,” Robin Quivers remembered.

“We do have a great lineup for Hollyweird Squares … in the top row, Nikki Glaser’s on the left, the master roaster,” Howard announced. “Next to Nikki Glaser … Jackhammer.”

“In the flesh!” Robin said excitedly. “Oh, I hope he wears very little.”

Rounding out the first row will be Ross Mathews, also known as Ross the Intern, from “The Tonight Show.” In the middle row will be Lenny Dykstra on the left, Sour Shoes on the right, and occupying the center square is Wendy the Slow Adult, making the trip up all the way from her home in Florida. And on the bottom row will be Mark the Bagger, High Register Sean, and the always energetic “Alex Jones.“

Tune in next week to hear the return of Hollyweird Squares on the Stern Show!