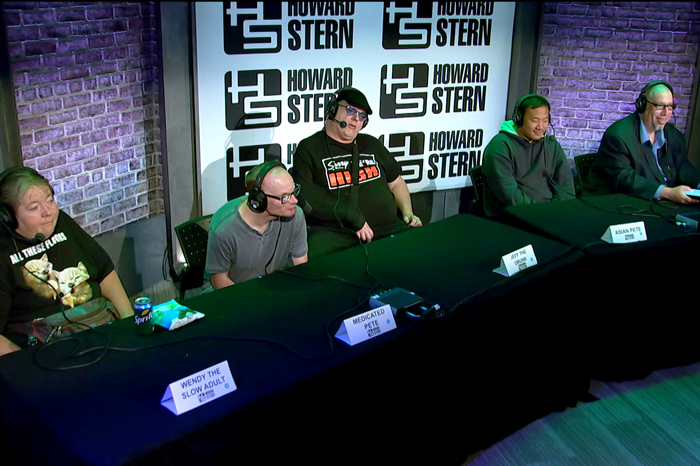 With everyone’s arguments heard, Howard called upon the Wack Pack conclave panel to convene for a final vote to decide whether or not Marfan Mike should be instated as an official member.

“Are you nervous, Marfan?” Howard asked

To the surprise of no one, High Pitch Erik put forth the first “no” vote while reminding everyone he did not want to see Marfan Mike enter the Wack Pack due to their long-running conflict that started while they were attending the same high school.

“He bullied me in school for no reason … and he bullied me on the school bus,” Erik said of Marfan Mike.

Asian Pete, perhaps the quietest member of the Wack Pack, stunned the room after announcing he was siding with his friend Erik and voting “no” to Marfan Mike’s induction. His choice rattled both Howard and Robin.

“I didn’t expect this!” Howard exclaimed.

Wendy the Slow Adult – who once famously presided over the Special People’s Court and sentenced High Pitch Erik to the gas chamber for feuding with Fred the Elephant Boy – was ready to rule on today’s decision.

“I’m voting for yes because he deserves a chance to be in the Wack Pack,” Wendy said of Marfan Mike. She told Howard she hopes he and High Pitch Erik can put their history behind them and come together for the good of the Stern Show. 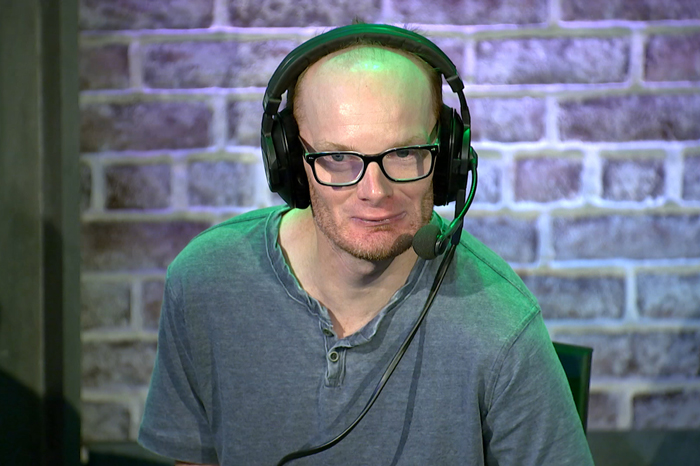 Medicated Pete was less forgiving of Marfan Mike’s alleged bullying but told Howard he had to vote “yes” based off of the prospective Wack Packer’s looks. However, he also made it clear he wants Marfan Mike to prove his worth by doing “crazy shit” in the near future.

The tie-breaking vote came down to Jeff the Drunk who could barely utter his thoughts due to a pot edible he ingested earlier in the morning. “I think he should have a chance,” Jeff said slowly. “And I know that [Howard] wanted him and therefore the combination puts him into the Wack Pack.” 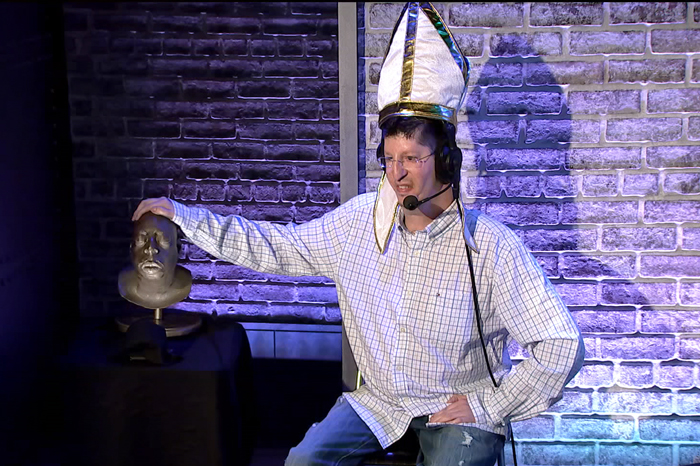 With a final vote of 3-2, Marfan Mike made it into the Wack Pack just by the skin of his teeth. Howard wasted no time in starting the sacred induction ceremony, asking the newest member to place the ceremonial hat atop his head, lay his hand upon the bust of Beetlejuice, and repeat the official oath. Hear Marfan Mike being sworn in as a Wack Packer (below).