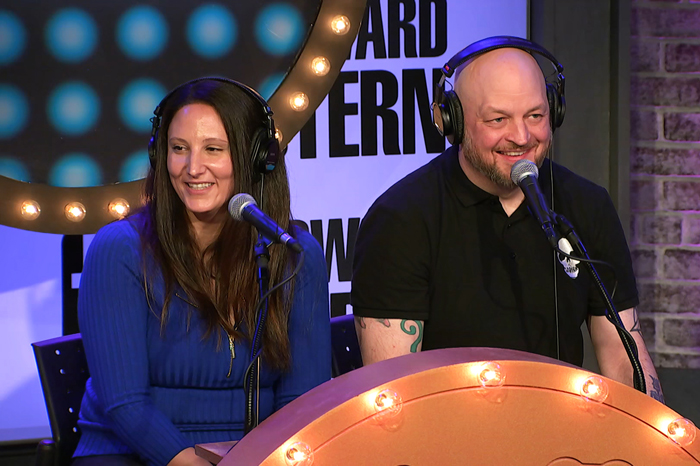 Katelyn and Brent Hatley on the Stern Show in January Photo: The Howard Stern Show

Howard shared a Hollyweird Squares update Monday morning, revealing staffer Brent Hatley and his wife Katelyn have been re-added to the lineup for Tuesday’s much-anticipated contest.

“I think they were thinking I’d get rid of Jackhammer, but I wasn’t going to do that … but anyway they’re back,” Howard said on Monday, adding, “It’s gonna be a great show.”

Brent and Katelyn will replace “Alex Jones” in the star-packed lineup, which also features the likes of Nikki Glaser, Lenny Dykstra, Wendy the Slow Adult, and more. Tune in on Tuesday to hear the return of Hollyweird Squares to the Stern Show!

VIDEO: ‘Alex Jones’ Sounds Off After Getting Booted From Hollyweird Squares