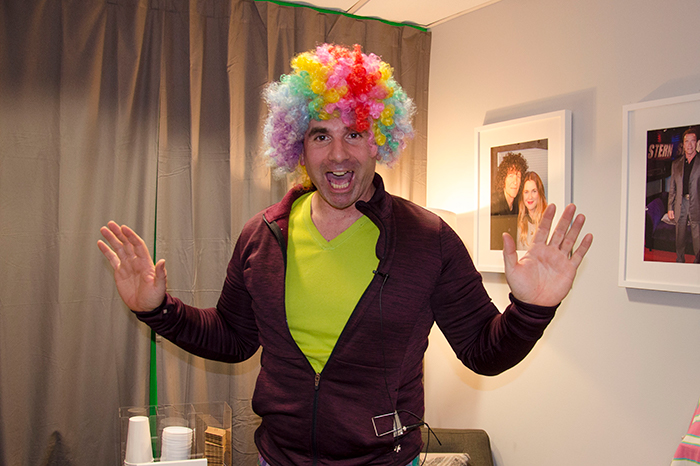 The anticipated return of impression virtuoso Sour Shoes on Wednesday was not to be as the fan favorite had to back out of Hollyweird Squares at the 11th hour due to a car accident.

“Has anybody called Sour Shoes to see if he’s alright?” a concerned Robin asked.

“He’s alright,” Howard confirmed. “We were going to send a car for him and then he goes, ‘Well, I can’t leave my car on the side of the road.'”

“Howard, I spoke to him, we tried everything,” executive producer Gary Dell’Abate explained. “We had a car waiting at his house but he wouldn’t get in it.”

“He did have car trouble and then we sent an Uber but he said he couldn’t leave his car behind,” Gary continued. “I heard noises in the back, Howard. I swear to God at one point I wasn’t positive that I wasn’t getting pranked, it was so hard to tell.”

The show had to go on, though, and with Sour forced to forfeit his spot, “Alex Jones” was added back into the Hollyweird Squares.