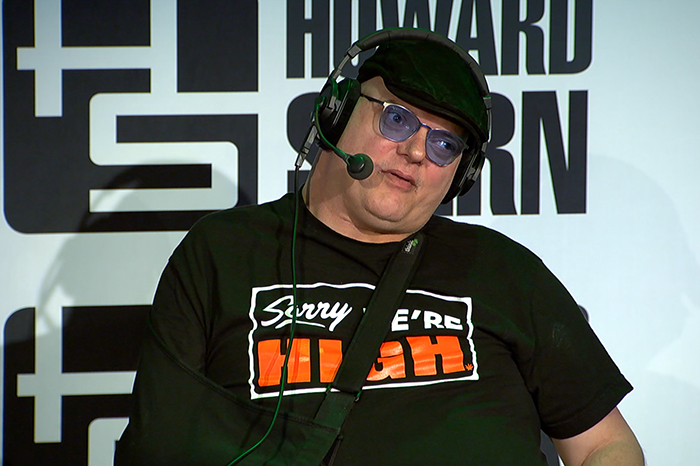 Jeff the Drunk pays Howard a visit in 2018. Photo: The Howard Stern Show

A phone call from Jeff the Drunk Wednesday revealed the Wack Packer is currently not receiving his Supplemental Security Income benefits.

“You know the S.S.I.?” Jeff asked Howard. “I lost my benefits for two months.”

When pressed, Jeff explained he’d become ineligible for the government assistance after reporting his earning from the video-sharing site Cameo, where he’s been charging fans for personalize messages from himself.

“You have to understand, Jeff has built an army of enemies online,” Stern Show staffer Shuli Egar added. “They have more free time than Jeff and they make it their purpose in life to make sure something like this will happen to him.”

“In other words, he probably would have kept his additional income quiet, but those trolls will take Jeff and report him to S.S.I.,” Howard supposed. “They keep you honest.”

In the meantime, Jeff will still receive food stamps and his regular health benefits.

“He lives alone, he’s got little to no overhead,” Shuli said.