VIDEO: ‘Alex Jones’ Sounds Off After Getting Booted From Hollyweird Squares 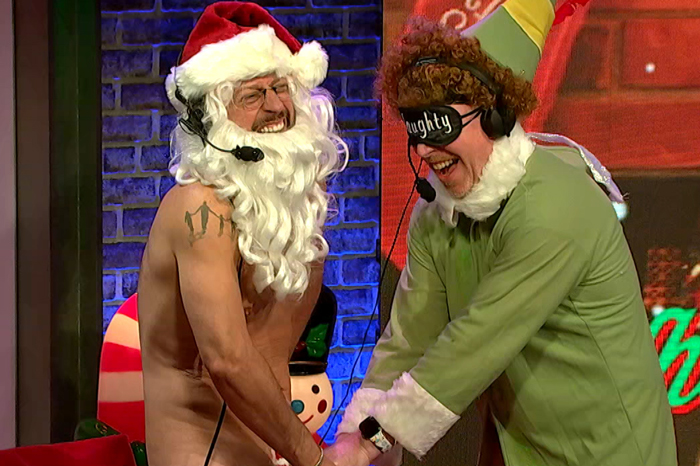 To help celebrate the holiday season, Howard announced the return of an exciting game on Monday. “It’s time to play the most disgusting game show in history, ‘What’s in Sal’s Pouch’,” he joked.

Stern Show staffer Sal Governale then entered the studio and revealed his penis was painted as a candy cane for the occasion.

“I painted it myself,” his co-worker Richard Christy beamed, also in studio.

“And why is your penis out?” Robin wondered out loud.

“For the fuck of it,” Richard admitted. 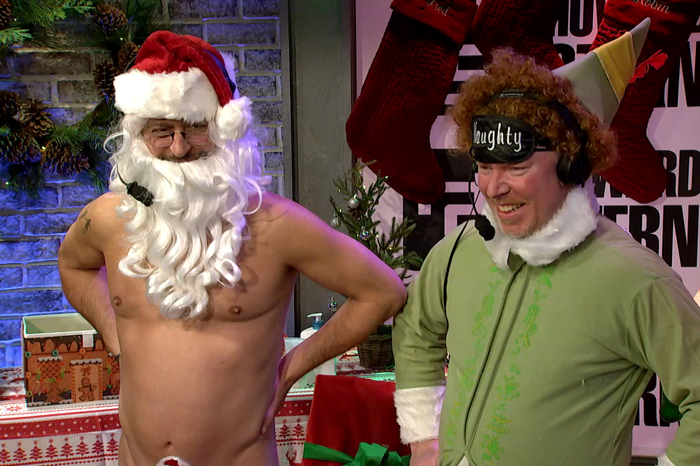 “We have 10 small holiday-related items … small enough to fit into Sal’s pouch,” Howard explained. “Sal will insert five of them into his pouch, Richard will be blindfolded … he will then feel Sal’s pouch from the outside and try to guess which item is in there.”

Of course, Sal can hold all of these objects thanks to being uncircumcised. “I have quite a large extension at the end of my penis,” Sal said. “It’s lots of skin.”

“The skin is longer than his regular dick,” Richard reported. “He has more skin than dick.”

Playing for a cash prize was a Stern Show listener named Christina. In order for her to win, Richard just needed to correctly guess three items after feeling them through Sal’s foreskin.

“I’ve done that before,” Richard said. “I’ve even touched it with my tongue.”

With the first item inserted, the game was off and running. “I’m feeling it, it’s little and hard … is that a jingle bell?” Richard guessed correctly.

“I don’t know how he does this,” Robin said. 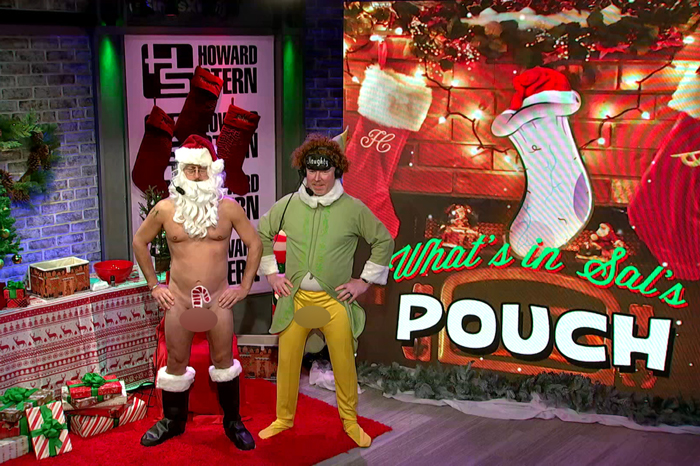 The second item was a bit more challenging. “I don’t want to push too hard and hurt Sal,” Richard cautioned. “It’s round and I feel some edges … is that a dreidel?”

While he was wrong (it was a chestnut) the staffer was correct when he guessed the very same answer for the next item after a quick lubrication break from Sal.

“He’s basically playing with himself in front of you,” Robin observed.

“This is so disgusting,” Howard added.

With just one more correct guess needed, it was time for the fourth item. “This is quite an undertaking this one,” Sal admitted.

“That thing is bigger than your penis,” Howard confirmed.

He was correct meaning Christina on the phone was a winner!

“Thank you,” Christina said graciously. “I wish I was there to see it.”