In honor of Howard’s book release on Tuesday, Richard Christy wanted to give his boss a champagne toast in a way only he would be willing to do.

“He’s going to use his asshole to make a champagne toast,” Howard explained with a laugh as his staffer marched in wearing a pair of pants with the crotch and backside cut out.

But first, Ronnie “the Limo Driver” Mund had a poem he wanted to read to the King of All Media (below). 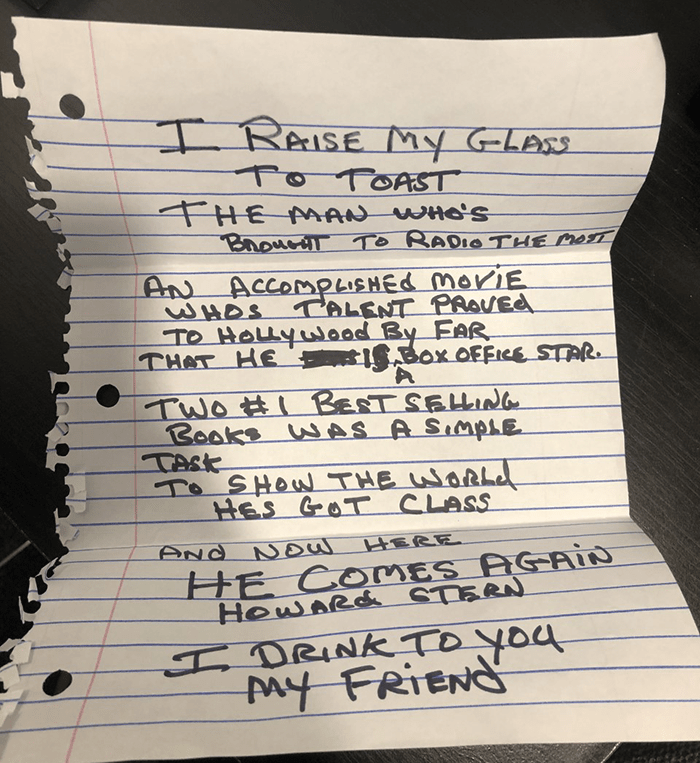 With a round of cheers, Richard spread his legs akimbo with some help from his co-worker Sal Governale. “I’m gaping so I can get more champagne in,” Richard said as he pulled his cheeks apart.

Even after having seen this occur in the past, Richard’s co-workers were shocked by the mechanics of Richard’s butt-chug.

“It’s just like when you flush the toilet,” Ronnie agreed. 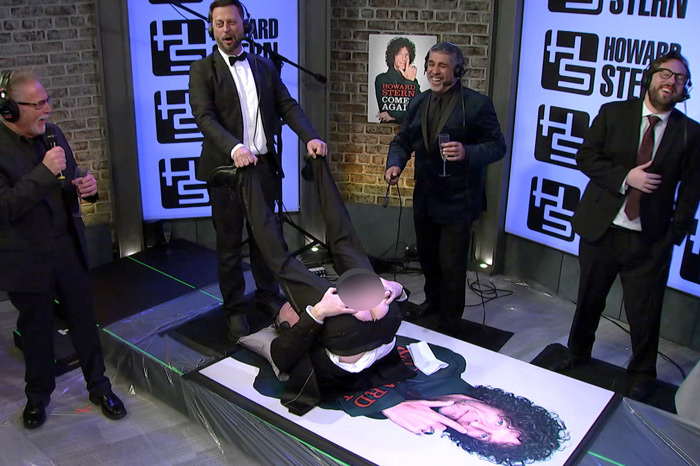 JD Harmeyer also had a few words to share in honor of Howard’s achievement.

“We’re here to celebrate another achievement by a man who has already achieved more in a lifetime than most people do, Howard Stern. Sure, your new book ‘Howard Stern Comes Again’ is an accomplishment itself, but within that it shows you’ve also acquired a level of knowledge, inquisitiveness, empathy, and growth that if more people had, this world would be a much better place,” he read. “Thank you for allowing me to work for you. You are my captain and I’ll always have your back. Congratulations again. Cheers!”

Howard was shocked by the clarity of JD’s statement. “Who wrote this?” he joked. 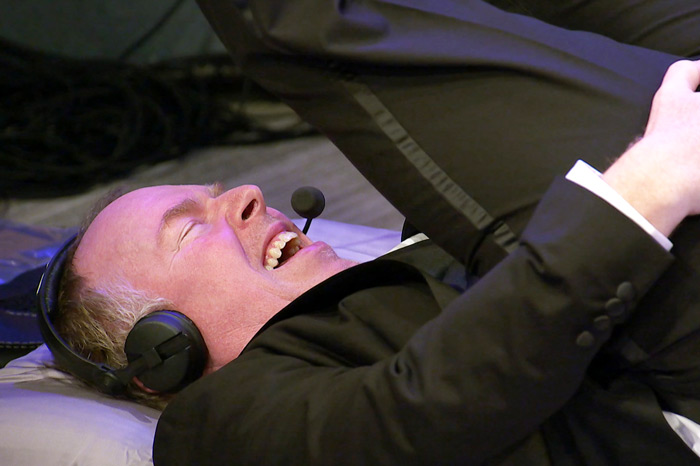 And before taking yet another swig from the champagne bottle, Richard himself had some praise for his boss.

“Howard, I’ll make it short and sweet so you don’t have to stare at my asshole too long,” he promised.

“Congratulations on your book and thank you for everything you do,” Richard continued. “You’ve made millions of people happy every morning for a very long time and that’s something that nobody else in entertainment can say. You deserve all the praise that comes with this capper to your incredible career. I know deep down you’re very proud of everything you’ve done and you should be. Cheers, Howard.”

For his final swig of champagne, Richard wanted to know if he could make a mimosa and was quickly obliged by JD who poured some orange juice into him.

“What a salute,” Robin Quivers remarked, taking in the scene.