“I was perfectly comfortable standing there nude,” the Stern Show staffer tells Howard about his latest wild experience

The party started at around 11 p.m. and included around 25 other people. The hosts provide everything their guests would need: condoms, lube, and even a live D.J. to play music as the night’s activities got underway. And while there was liquor at the event, they did not serve any food.

“Someone could get the shits,” Richard Christy joked. 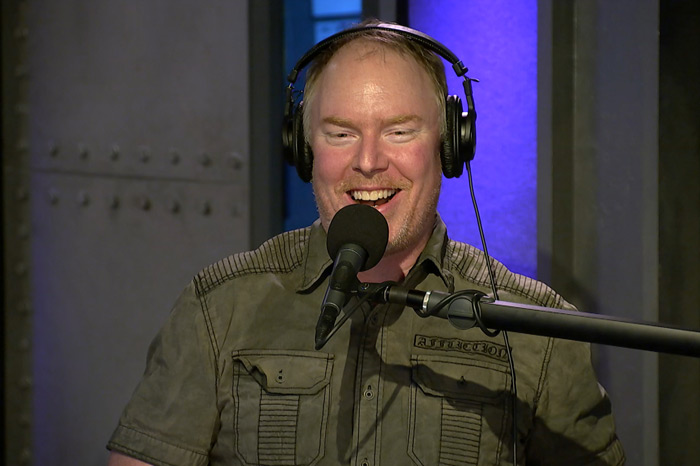 “I’m probably about a 7 right now,” Brent replied. “I was perfectly comfortable standing there nude … I feel better being nude than actually wearing clothes.”

And nude is exactly what Brent had to be since he and Katelyn then moved into the hot tub and were required to take off all of their clothes before entering. There were a few others already enjoying a soak and some light conversation which eventually led to “some light grab-assing … light touching,” as Brent described. Specifically, he and the woman across from him were touching feet beneath the bubbling water.

After a while in the hot tub, Brent said his wife was ready to kick things into high gear. “Katelyn says, ‘Listen, let’s get out, let’s go get another drink, and go into the play room,’” he told Howard.

The “play room” was where the hosts had set up several beds and even a massage table for any and all physical activity that their guests wanted to indulge in. The husband of the host couple was already inside when Brent and Katelyn arrived, having a good time with a woman who wasn’t his wife.

“He’s standing there completely nude and he just waves at ya,” Brent recalled. “He was like, ‘Everything going good?’ I was like, ‘Great!’” 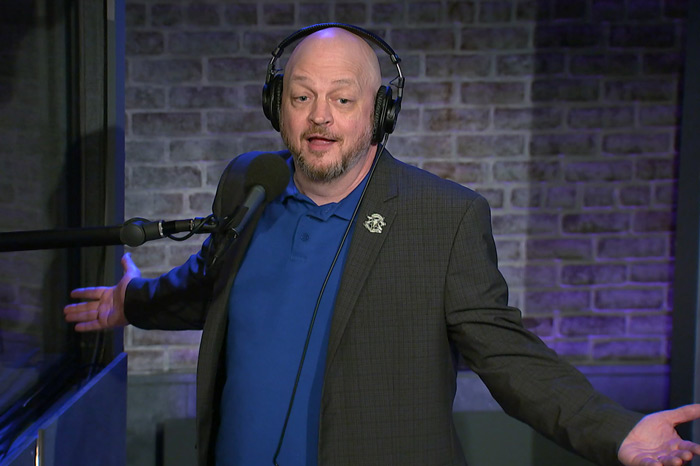 “I tell ya, this is harder to follow than ‘Game of Thrones,’” Howard joked while listening to Brent try to describe each person and position he got into that night. At one point, he admitted he needed to take a moment to truly appreciate everything that was going on around him.

By 4 a.m., Brent and Katelyn were ready to leave. And while Brent was able to cross the finish line, his wife hadn’t and was still feeling frisky on their Uber ride home.

“She’s super charged up. Way charged up,” he told Howard.

Evidently, since she then put Brent’s hand inside of her pants and took down her top. Their driver definitely knew what was going on, too, because he soon slid the passenger seat all the way forward so that Brent had enough room to do what he had to do. There was no sex until they got home but Brent told Howard he provided Katelyn with just enough pleasure throughout the ride. And he was sure to tip the driver and give him a good rating.

“Brent, it is fair to say now, you are not soft swinging. You are full-on swinging,” Howard stated. 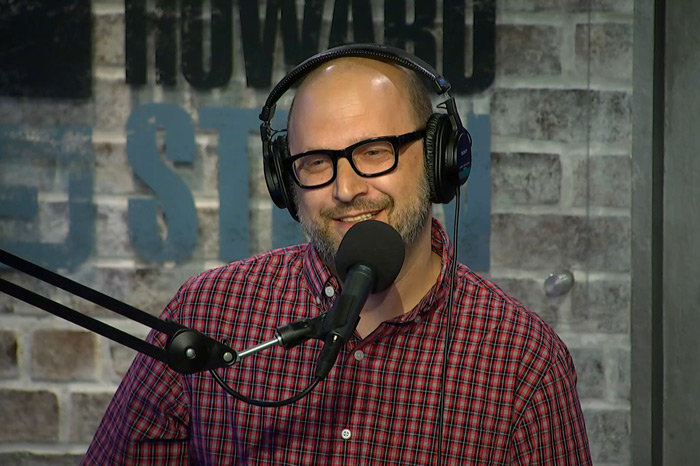 But once again Shuli Egar isn’t buying Brent’s story. He came in the Stern Show studio to argue his co-worker was fabricating many aspects of his story, if not the whole thing. As bothered as Brent was by Shuli’s accusations, he assured everyone what he said happened, happened.

“Anybody can come in here and say anybody is lying at any story. Shuli just needs to get in here and get himself on the mic. He’s out of material,” Brent said.