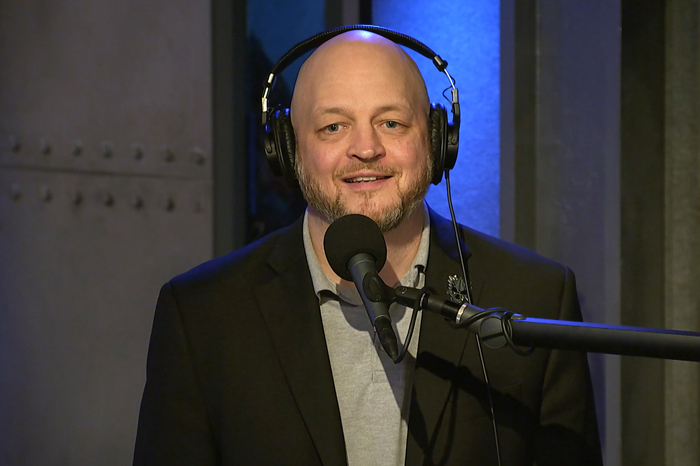 Months after vowing to go all-in on the swinging lifestyle, Brent Hatley and his wife Katelyn finally got down and dirty with another couple. The Stern Show staffer shared the “steamy” story with Howard and his listeners on Monday, revealing their encounter included everything from bumping and grinding with the other couple on a dance floor to full-on intercourse with them in an upstairs room.

After taking marijuana edibles, Brent and his wife went to a St. Patrick’s Day-themed celebration at a swingers club in Queens filled mostly with good looking people. His wife, in the market apparently for a fit white man with “an edge,” wore a short green skirt, fishnet stockings, knee-high boots, and a white tank top with no bra.

They went to the bar first, where Brent said they were approached by Stern Show fans who praised the staffer for his positive portrayal of the swinging lifestyle on air. He and Katelyn observed several attractive couples and connected with a blonde-haired, blue-eyed married woman and her male swinging partner, who Brent nicknamed “the Cuban.”

Thanks in part to the fact Brent and Katelyn were loosened up by having a few drinks, the four soon made their way to the dance floor. Brent said he kissed the blonde while dancing and used his hands to explore her body, eventually discovering she wasn’t wearing any panties under her dress. He simultaneously watched Katelyn as she danced with and kissed the Cuban, though those two got off to a somewhat rocky start as she apparently likes to take charge on the dance floor.

“The guy keeps trying to lead, which Katelyn will never let you do,” Brent explained, adding, “She has certain moves she likes to do, so … you just kind of have to follow her.”

Katelyn, who at this point had discarded her skirt, did more than just dance in the main area of the club. She also participated in a topless pole dancing contest. Brent said both she and the Cuban—who had also entered the contest—performed well, but the top prize went to another woman with exquisitely honed poll-dancing skills who Brent guessed may have been a stripper.

About an hour after getting on the dance floor, Brent, Katelyn, the Cuban, and the blonde took their party to the upstairs portion of the club which was outfitted with showers and bedrooms. The Cuban grabbed some condoms and the foursome made its way to a windowless bedroom which Brent said clubgoers could book for 30 minutes at a time. While the room was tiny, Brent was quick to point out it had a full-sized bed with fresh sheets and had been cleaned by an attendant with a mop bucket.

Katelyn and the blonde woman kicked off the private room festivities, kissing each other on the bed while Brent and the Cuban watched on and undressed themselves. Things progressed quickly due to the time limitations, Brent explained. “You gotta get in there and get into business,” he told Howard.

As things heated up between the four of them, Brent said he made a concerted effort to watch his wife in action while getting down with the other woman. “I position the girl I’m with, like, diagonally, so I can get behind her and watch what’s going on with Katelyn,” he explained.

Despite his good view, Brent revealed he was the last one to cross the finish line. He took so long, in fact, the club employee had to knock on the door and hurry him along. “The guy’s banging on the door—‘Hey, your time’s up, your time’s up.’ So, the girl tells me, like, ‘You gotta finish … Come on, hurry up,’” he said.

All in all, Brent said it was a great experience for him and his wife. He went on to reveal the two were so turned on thinking about it when they got home, they made love four more times that night. The Cuban and his married swinging partner apparently enjoyed themselves, too, as they not only exchanged contact information with Brent and Katelyn but also left them positive reviews on the swingers’ website.

They described Brent as quiet, calm, never pushy, and “a rare gentlemen,” while Katelyn was reviewed as a “firecracker full of sexual energy who can’t get enough.” 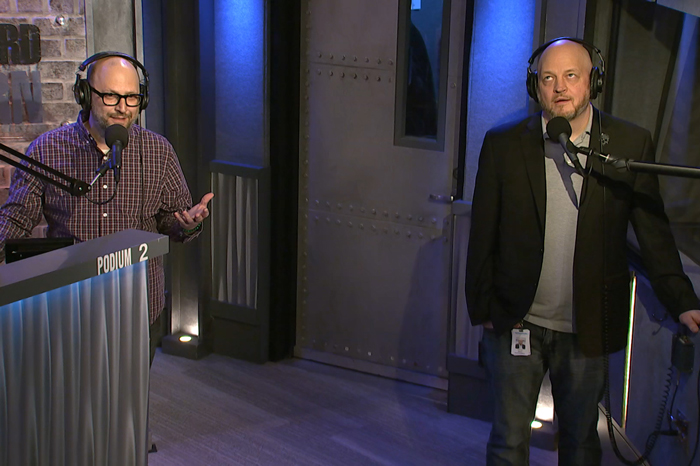 While Howard and his co-host Robin Quivers congratulated Brent for finally becoming full-fledged swingers, fellow Stern Show staffer Shuli Egar felt he deserved some credit for help making it happen. He’s been goofing on Brent on-air for weeks about having not yet swung, and he believes he may in fact have been a motivating factor.

“It definitely got fast tracked after I brought it up,” Shuli told Howard. “I’m not saying this was never gonna happen, but until I said something they were, you know, holding hands with people—giving kisses on the cheek and stuff.”

Brent refused to credit Shuli with helping to make it happen. He even pushed back against the notion that he and his wife—who had previously made out with but not had sex with other couples—weren’t already swingers by some definitions.

“When you do everything but sex, that’s called ‘soft swinging.’” Brent said, admitting it was a term he himself had just learned. “So, it still technically is swinging.”

Regardless of what you’d call them before, it seems Brent and Katelyn have finally accomplished their mission of becoming full-on swingers.

“How soon do you think you’re going to swing again?” Howard wondered.

“It’ll probably be a couple weeks,” Brent said, explaining their schedule is chock-full of other social activities.