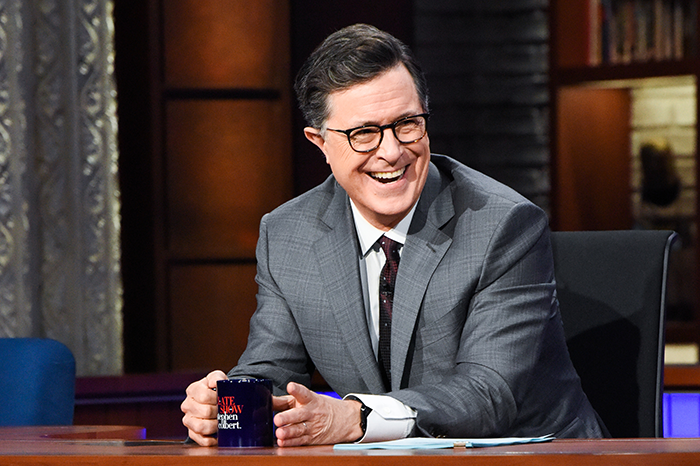 Howard made his triumphant return to the “Late Show” Tuesday night for the first time since Stephen Colbert took over as host following David Letterman’s retirement.

The appearance got off to an exciting start as Howard danced with Colbert before cuing Jon Batiste and the band up for an impromptu song about his new book “Howard Stern Comes Again.”

“These guys apparently knew the song before I wrote it,” Howard joked, praising their improvisation skills. “Like I said to Stephen, these bands are like Ferraris.”

After the song, Howard sat down opposite Stephen, who took the rare opportunity to interview the King of All Media very seriously, forgoing any other guests for the entire show.

“He said to me, ‘I want to interview you the way you interviewed me,'” Howard told Robin. “And I think he accomplished that. It was very sweet.”

Watch highlights from their sit-down here.

EXCLUSIVE: Lady Gaga to Perform for SiriusXM Subscribers in June at the Apollo Theater